At the beginning of his career in January 1930, David Lean left making features to join the newsreels as a cutter. He was drawn into a world of rapid production, on the cusp of the sound revolution that would soon encompass the film industry. In this experimental environment he learnt how to cut film and turn actuality into ten minute dramas.

'Some people say I have celluloid in my veins instead of blood.' David Lean 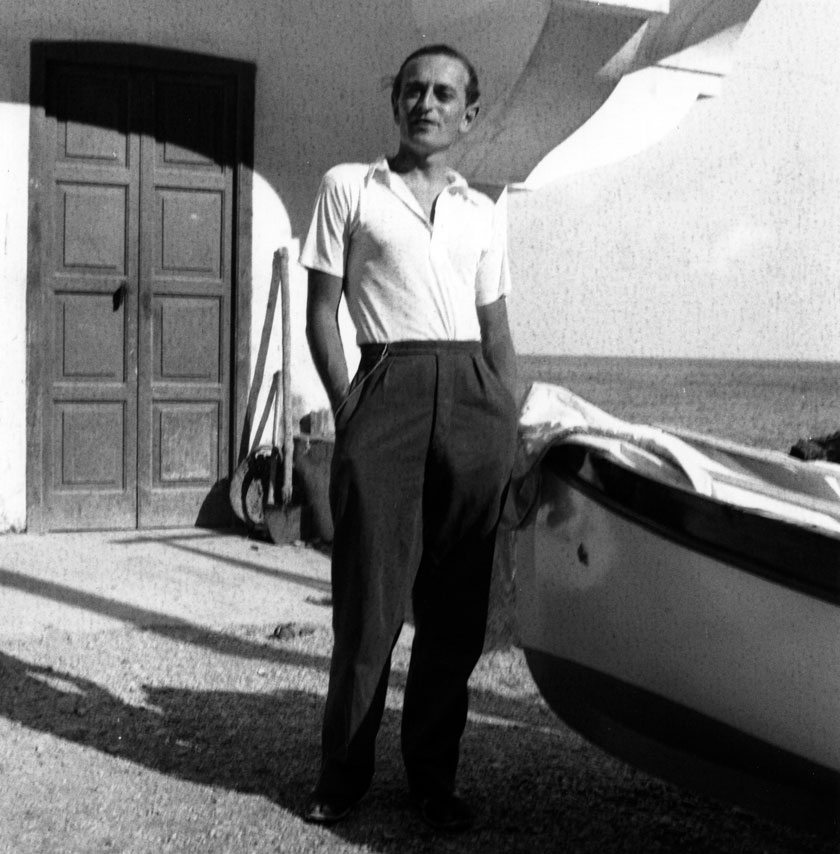 Watch a selection of archive films from the history of Gaumont Sound News and chart the development of the newsreel from ‘news with sound’ to ‘sound news’.

Of particular interest are some of the first British pre-election addresses of the sound era, including Stanley Baldwin, Arthur Henderson and Oswald Mosley (released October 1931).

Gaumont release the 'talkie' Derby but the newsreel runs into synchronisation problems using British Acoustic system and is delayed.

Dance of the Basque Peasants (40 seconds)

Eight men are filmed performing the a traditional Basque dance that is said to be a thousand years old … on a tennis court!.

Brooklands was the first custom-built banked motor race circuit in the world and opened in 1907. In 1926 it hosted the first British Grand Prix. This item shows the circuit in its heyday, when it could hold crowds of over 200,000 people.

The Lord Mayor of Budapest arrives by coach followed by shots of the choir singing outside in the quadrangle of the hospital to assembled patients, in beds and wheelchairs.

This story shows the 1930 air display at Brooklands including an early parachute display and low passes over the crowd.

The Phoenix Theatre opens in 1930 with the premiere of Noël Coward’s Private Lives. Coward himself stars alongside Gertrude Lawrence, Adrienne Allen and a young Laurence Olivier. In this item Mr Cochran, the producer, opens champagne and makes a speech to crowds outside the theatre.

Archie Compston and Sandy Herd competing for a £1,000 prize

The British R101 airship crashes at Beauvais, France with the loss of 48 lives including a Cabinet Minister. David Lean recalled recording the commentary for the first edition of Gaumont Sound News released early that evening. The newsreels claimed to beat the press to the news story of the year.

This item shows the actress Madeleine Carroll visiting a Yorkshire colliery prior to her making the film BLACK DAMP. In 1930 black damp made headlines when it killed 200 miners in Millfield, Ohio.

Super Cinema in Charing Cross Road is converted into the Tatler Theatre to show news and shorts. Programmes run for 67 minutes with tickets costing 6d and 1s.

Street scenes of people crowding into banks and financial institutions

Interview with Queen of Greece (227 seconds)

Ex-Queen Sophie of Greece and her daughter Princess Helene with relations and friends in the garden of her house near Ascot. These include Princess Irene, younger sister of Queen Sophie, Mrs Horlick and ex-King George.

National Cabinet in Garden at No.10 Downing Street (67 seconds)

A pre-election speech by ‘Jim’ Thomas, whose support of the National Cabinet enforced his resignation from the NUR.

A pre-election speech by Arthur Henderson. In 1900 he was one of the 129 union leaders to sign a motion by Keir Hardie which led to the foundation of the Labour Party. He served three short periods as Labour leader before chairing the League of Nations Disarmament Conference and winning a Nobel Peace Prize in 1934.

Oswald Mosley left the Labour Party in 1931 to form the New Party – who faced a devastating defeat at the general election the day after this issue was released. Mosley went on to found the British Union of Fascists (BUF) in 1932.

The final issue of Gaumont Sound News is released, CHRISTMAS REEL 1933. From January 1934 the series was issued under a new title Gaumont British News with Leonard Castleton Knight as its editor.