The Latin route for the word ‘arena’ is harena, the name of the sand used to cover the wooden floor of the Colosseum in Rome as it was particularly good for absorbing blood. Outside of gladiatorial endeavours, the arena is a level place where all kinds of activities can be shared with the public. And when it comes to British television, the arts documentary series Arena remains the most critically lauded and longest-running of its type. When Learning on Screen was given educational access to the BBC’s archives, Arena was right at the top of our most wanted list.

While drama, comedy and variety shows instantly became popular mainstays in the first few years of British television broadcasting, a number of more niche magazine series devoted to the arts also developed and eventually found a dedicated and loyal following. The first important example of this type was the wide-ranging and highly influential Monitor (BBC, 1958-65). Edited and hosted for most of its run by Sir Huw Weldon – who would later go on to become the managing director of BBC TV – its broad approach (ranging from studio interviews to specially commissioned films from such young turks as John Schlesinger and Ken Russell) would inspire many of the series that were to follow. At the BBC Monitor was succeeded by the long-running Omnibus (BBC 1967-83), while on ITV its modestly successful series Aquarius (ITV 1970-77) ultimately transmuted into its flagship arts series, The South Bank Show (ITV, 1978-2010; Sky Arts from 2012), hosted and edited by Monitor alumnus, Melvyn Bragg. However, the longest running of them all remains the BBC’s Arena, which in 2015 celebrated its fourth decade on the air – and which is still being broadcast today. 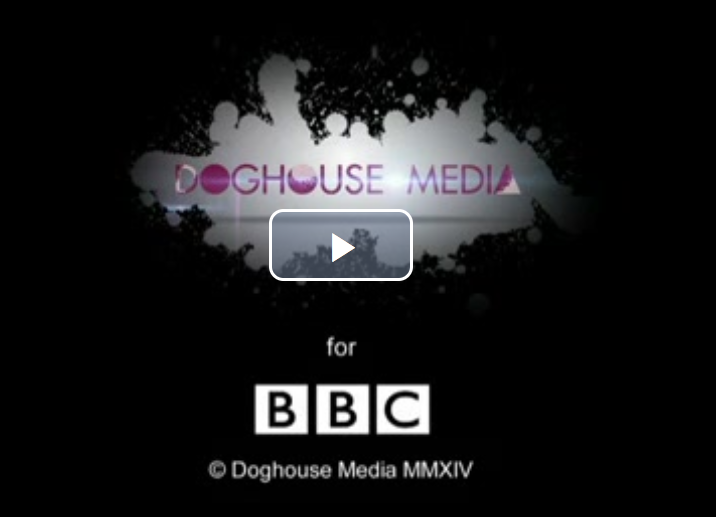 The late Tise Vahimagi once drolly noted that nothing quite summed up the variety and appeal of Arena as well as the fact that every year from 1981 to 1985 it won the BAFTA for ‘Best Programme Without a Category.’ It has won many more BAFTAs since that award was retired and remains as diverse as ever. The series was the brainchild of the then BBC Head of Music and Arts, Humphrey Burton, and was launched on 1 October 1975 with an edition of Arena: Theatre featuring an interview with Sir Laurence Olivier. The programme initially alternated on Wednesday evenings with Arena: Art and Design before being extended to include additional strands in the shape of Arena: Cinema, Arena: Television and Arena: Rock.

This first magazine incarnation of Arena is very different from what it would soon become best known for. Often featuring a presenter in the studio offering a roundup of the latest news about films, plays and art shows, it was not immune sometimes to the kind of parochialism sometimes associated with such programmes at the time. A good example of this can be found in the Arena: Cinema edition devoted to films from the works of Joseph Conrad (with Patrick Stewart playing Conrad himself). It was broadcast on 8 February 1978 and in it the host Gavin Millar, who would himself go on to become a distinguished director, spends an unseemly chunk of the running time chiding American auteur John Frankenheimer for the negative comments he made about filming in England in an earlier edition. 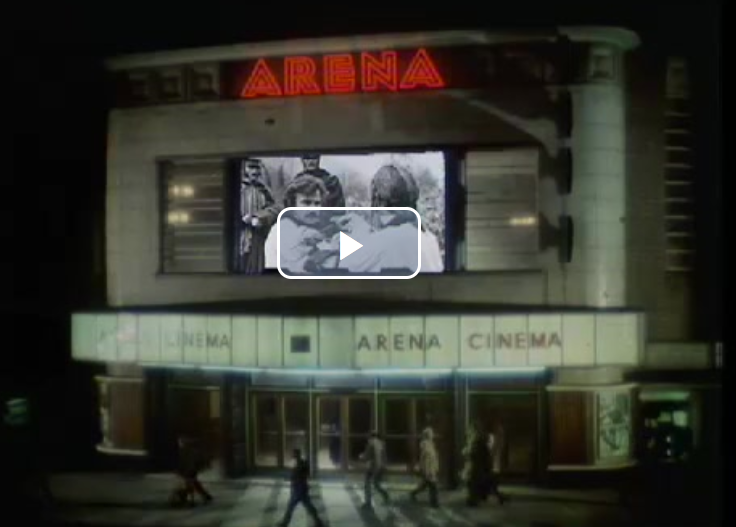 Alan Yentob, a recruit from Omnibus (where he created a real stir with his ground-breaking film ‘Cracked Actor’ about David Bowie) took over from Leslie Megahey as editor of Arena in 1978. In collaboration with director Nigel Finch and newly-appointed researcher Anthony Wall he oversaw the revamp of the series with all its dedicated sub-series being absorbed within the one single umbrella title. The re-launch also saw the introduction in January 1979 of its distinctive message in a bottle title sequence, which has remained in place ever since. It was Finch who came up with the concept while graphic designer Glenn Carwithen and cameraman Mike Southon brought it to fruition with the support of the BBC special effects department. The accompanying music track, ‘Another Green World’ by Brian Eno, was chosen by Wall, who would take over as overall series editor in 1985 (in collaboration with Finch until the latter’s death in 1995) and stay in the role until he stepped down in 2018. (Eno incidentally would get his own Arena episode in 2010, perhaps inevitably entitled ‘Brian Eno - Another Green World’). 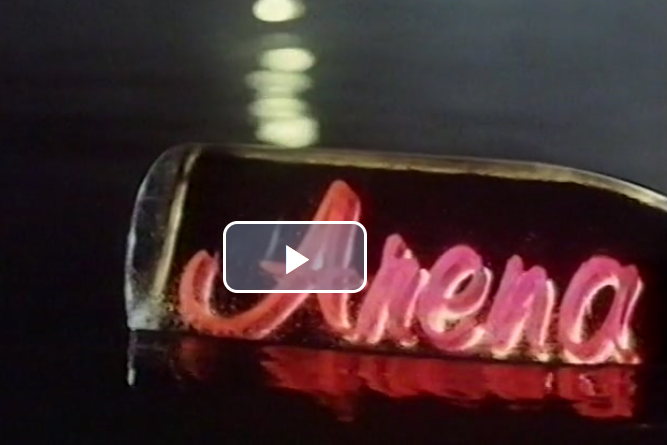 The new-look Arena quickly emerged as a quirky and intelligent arts strand that often displayed a distinctly impish sense of humour to create personal and often meditative single-subject film portraits from often seemingly unpromising subjects. Profiles of writers, musicians, artists and filmmakers continued to feature very prominently but there were some delightful turns away from the norm. ‘Who is Poly Styrene?’ (22 January 1979) for example took an askew look at the pop industry via the eponymous punk singer manufactured by Marion Elliott. ‘Their Lips are Sealed’ (15 April 1979) looked at the art of ventriloquism while ‘Private Life of the Ford Cortina’ (19 January 1982) took a hugely entertaining look at what it called ‘Britain’s most popular, most stolen, and most misunderstood car.’ Finch and Wall’s film about the history of the song ‘My Way’ (12 March 1979) proved hugely influential, as did ‘Chelsea Hotel’ (3 January 1981), a profile of the artist’s haven in New York directed by Finch, produced by Yentob, researched by Wall and filmed by Southon.

As the strand became more ambitious and with the advent of VHS making time-shift viewing a practical reality, Arena broadcast a number of lengthy themed evenings that ran into the wee hours incorporating a wide variety of segments. The first of these was ‘Blues Night’ (27-28 July 1985) and was followed by celebrations of Mardi Gras, Country Music and the culture of Cuba and the Caribbean. Especially inventive were ‘Animal Night’ (16-17 December 1989) that included a live debate from the Royal Institution and ‘Food Night’ (15-16 December 1990), hosted by Spitting Image puppets (who got their own dedicated episode in Wall’s 2014 film, ‘Whatever Happened to Spitting Image?’). The most paradoxical perhaps was ‘Radio Night’ (18-19 December 1993), which was introduced by David Attenborough and split the content during the evening between BBC 2 and Radio 4. 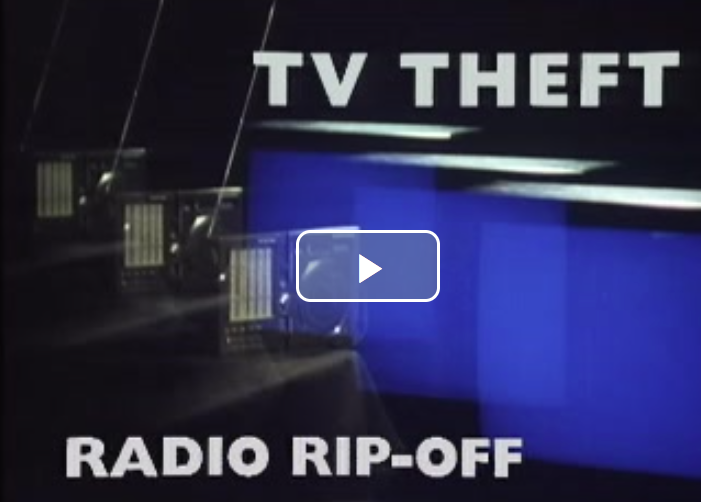 Over the decades Arena has continued to push the boundaries in unexpected ways. Along with acclaimed profiles of such luminaries as Dame Beryl Bainbridge, Salvador Dalí, Bob Dylan, Chrissie Hynde, Linda McCartney (focusing on her career as a photographer) and Amy Winehouse, there was also less conventional work to be found such as in Christine Pearce and Litza Jansz’ ‘The Tip of the Iceberg’ (27 January 1989) about the breast in society and ‘Kalashnikov’ (19 March 1994), Paul Gruebel Lee’s film on the way that the AK-47 has become another kind of cultural icon.

Since the advent of non-linear broadcasting over the Internet, the television landscape has changed considerably as has funding for arts documentaries. Arena has continued to move forward, though with an increasing number of bought-in programmes. Recent highlights include ‘Painted with My Hair’ (31 October 2021), Mike Dibb’s film on paintings made using M&M’s by Donny Johnson, an inmate still in jail who spent 24 years in solitary confinement; and Clare Beavan’s ‘Cindy Sherman #untitled’ (28 July 2019), a rare portrait of the elusive artist.

Learning on Screen members that subscribe to BoB can currently view close to 500 editions of Arena from 1975 to the present day. Dedicated Arena playlists found in BoB include: