It’s a brave man who takes on yet another book about the work of Alfred Hitchcock, whose every frame has been dissected by critics and historians over the last 50 plus years. Yet in his second contribution to the ‘Devil’s Advocate’ series (the first being on Witchfinder General), Ian Cooper has chosen to shine a light on the director’s penultimate film. Cooper himself acknowledges upfront that ‘the Alfred Hitchcock story has become a very familiar one’ but lays out his intention to ‘explore this appalling, repulsive, nihilistic masterpiece’, dedicating his opening chapter by retreading some of the negative reactions to Frenzy and the director’s other controversial titles. Cooper then continues with the rehabilitation of a film that has received a very mixed press over the years.

Cooper’s survey of the critical responses to the film relies quite heavily on the internet and on previous books on the director’s work, and he has not delved particularly deeply into fresh archival sources. However, he develops the idea that Hitchcock was fascinated by salacious tales of actual serial killers, especially British ones, and recounts the history of the suave Neville Heath, as well as Haigh and Christie, tracing connections between their cases and Hitchcock’s films. Expanding on this, he makes some pertinent observations about the director’s male ‘types’, an aspect of his films often ignored in favour of his apparent obsession with his female characters. 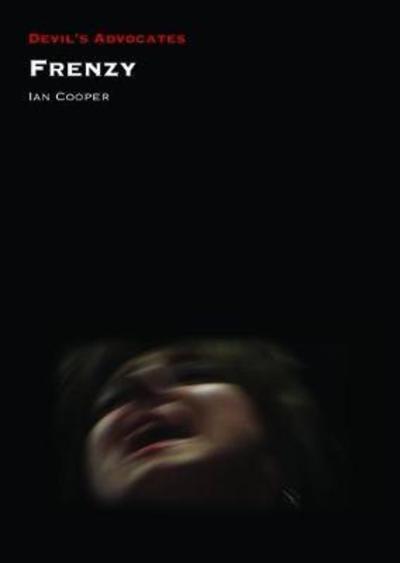 The book takes the time to discuss the film within the context of British cinema of the 1970s, a worthwhile exercise, establishing that Frenzy was part of a trend towards more gritty, realistic on-screen violence. By referencing Hitchcock’s failed project Kaleidoscope, Cooper suggests that the director was, by this point, struggling to keep up with changing trends both in society and filmmaking. He communicates well the sense that Frenzy is both of the 70s yet seems somehow to evoke the London that the director inhabited before he headed to Hollywood in 1939. Describing Frenzy as ‘Hitchcock’s most nakedly autobiographical film’, he demonstrates how it somehow expresses both his nostalgia and his distaste for the city of his birth. It also harks back to his 1926 serial killer film The Lodger A Story of the London Fog, a tale Cooper links to the Jack the Ripper legend, though he bypasses its literary source, the novel by Marie Belloc-Lowndes. He does however explore at Frenzy’s origins in Arthur La Bern’s Goodbye Piccadilly, Farewell Leicester Square, a novel of which he is perhaps overly dismissive.

His breakdown of the film’s plot is brief but his analysis of it throws up some interesting observations. His suggestion that Kaleidoscope bridges the gap between Frenzy and Hitchcock’s later 60s films Torn Curtain and Topaz is well supported. However, his rather perfunctory rundown of the cast and crew appears to have been largely culled from wikipedia and seems little more than padding; a curious reader could easily find out for themselves that, for instance, Michael Bates died in 1978, aged 57, and this information does not lead the author anywhere.

Cooper does a good job of surveying some salient aspects of the film and reprising the varying critical views, reinforcing some and dispelling others. However, the overuse of online sources (not all of which make it into the bibliography) makes it feel a little thin and, although he offers some compelling observations through his analysis of the film itself, the book lacks a strong overall thesis or enough new information to make it wholly satisfying.

Josephine Botting joined the BFI in 1998 after working for Reuters and various other moving image archives. As a curator in the fiction team, she programmes the monthly screening Projecting the Archive and has also presented BFI Southbank seasons on Deborah Kerr, Margaret Lockwood, The Boulting Brothers, Vivien Leigh, Gloria Grahame and Alexander Korda. She contributes to Sight & Sound and the BFI’s online platforms and has written chapters for BFI books on Alfred Hitchcock, Ealing Studios, Science Fiction and the Thriller. She has been interviewed on radio and television about various aspects of film history.

Josephine has a general interest in British cinema, particularly the representation and involvement of women. Outside the BFI, she writes for various publications and DVD releases, mainly on the subject of horror cinema, which was the topic of her MA, and has successfully completed a PhD on British film director Adrian Brunel.