About the author: Alice Black is Head of Cinema at Dundee Contemporary Arts. www.dca.org.uk

Despite a successful career as a studio actor, John Cassavetes the filmmaker always challenged audiences to look beyond the escapism that he believed to be endemic in Hollywood films. Equally dismissive of experimental and ‘arty’ films, Cassavetes wanted to tell stories about the messy stuff of ordinary everyday life, and tell them in his own way, outside the constraints of the studio system. Self-financed and low-budget, often made using the same cast and crew (including his friends and relations), and using what appeared to be an improvised acting style, Cassavetes’ work is still hailed by many as a cornerstone of the American independent filmmaking tradition.

Minnie & Moskowitz (1971) was Cassavetes’ sixth feature, made between two of his best-known films, Husbands (1970) and A Woman Under the Influence (1974). Often dismissed as a lightweight comedy, Minnie & Moskowitz, while admittedly not as fully realised as his later work, is still as good an example of Cassavetes’ filmmaking ethos as any of the earlier films, both in terms of form and content. Like his debut film Shadows (1959), it is preoccupied with issues of identity, as its characters struggle to define who they are and where they fit in this crazy world. But unlike the critically acclaimed Faces (1968) or Husbands, where relationships seem to be the source of anxiety and loneliness, Minnie & Moskowitz joyfully embraces the idea of becoming complete by falling in love.

Minnie and Seymour are two people with very little in common, either materially or socially. Minnie Moore (played by Cassavetes’ wife, the luminous Gena Rowlands) is a beautiful, intelligent, single woman working for the L.A. County Museum. Seymour Moskowitz (Cassavetes regular Seymour Cassel) is a longhaired hippie who parks cars for a living. These unlikely lovers meet by chance when Minnie is on what could possibly be described as the worst blind date ever depicted on film. Assaulted and then abandoned by her lunch companion, it is no surprise that Seymour’s sudden, aggressive and persistent wooing flusters Minnie. And it is Seymour who is the first person to insist that Minnie, eternally hiding behind her sunglasses, should take them off and - literally and metaphorically – open herself up to the world around her. Seymour sees what he wants (Minnie) and how their lives could be, and then sets about making these dreams a reality. He cajoles her into accepting him and wins her over with his simple desires. Seymour may be the antithesis of Minnie’s dream lover but he offers her a chance at something she has been looking for all along: unconditional love. 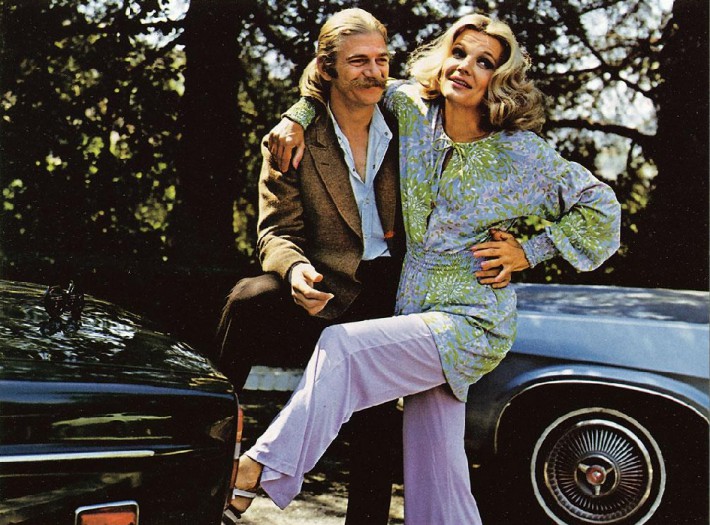 In Cassavetes’ hands this opposites-attract trajectory is as far away from any Hollywood romantic-comedy as you could get. Minnie and Seymour’s courtship is a catalogue of disasters and there are plenty of moments where the behaviour of both central characters is obnoxious and infuriating. The rawness of both Cassell and Rowlands’ performances and their loose, natural delivery often confused contemporary audiences and critics into thinking that the film was improvised. Highly constructed and controlled, this ‘realistic’ aesthetic was a hallmark of Cassavetes’ work. While the low-fi nature of the production (handheld camera, location sound and non-linear editing) might be of its time, it brings an immediacy and freshness to the film that is far from dated. Minnie & Moskowitz is the warmest, wackiest (so described by Mademoiselle magazine circa 1971), and certainly the most optimistic work in Cassavetes’ filmography.

Compared to an earlier Anchor Bay DVD release of Minnie & Moskowitz, which included an audio commentary by Rowlands and Cassel, the lack of extras (only the original trailer is included) on this Mr.Bongo DVD is disappointing. But as that previous release is now out of print and the sound and image transfer on this release are perfect, scholars and fans of Cassavetes’ work around the world will rejoice that this little-seen gem is now available for general viewing.