This is a roundup of new print publications available from this December. For details on how to order these titles, please click on the book covers or the links to the respective publishers. 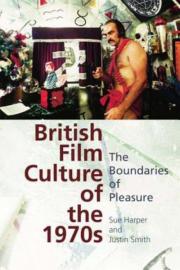 This volume draws a map of British film culture in the 1970s and provides a wide-ranging history of the period. It examines the cross-cultural relationship between British cinema and other media, including popular music and television. The analysis covers mainstream and experimental film cultures, identifying their production contexts and the economic, legislative and censorship constraints on British cinema throughout the decade. The essays in Part I contextualise the study and illustrate the diversity of 1970s moving image culture. In Part II, Sue Harper and Justin Smith examine how gender relations and social space were addressed in film. They show how a shared visual manner and performance style characterises this fragmented cinema, and how irony and anxiety suffuse the whole film culture. This volume charts the shifting boundaries of permission in 1970s film culture and changes in audience taste. Contributors include: Dave Allen, Sian Barber, Peri Bradley, Laurie N. Ede, Laurel Forster, Vincent Porter and Sally Shaw. This book is the culmination of an AHRC-funded project at the University of Portsmouth. For more information about '1970s British Cinema, Film and Video: Mainstream and Counter-Culture' (2006-2009) please visit the project website at www.1970sproject.co.uk.

About the Editors: Professor Sue Harper is Emeritus Professor - Film History at the University of Portsmouth and is co-author of British Cinema of the 1950s: The Decline of Deference with Vincent Porter (Oxford University Press, 2003). Justin Smith is a Principal Lecturer and Subject Leader for Film Studies at the University of Portsmouth and author of Withnail and Us: Cult Films and Film Cults in British Cinema, 1968-86 (I. B. Tauris, 2010).

The Celluloid Madonna: From Sculpture to Screen 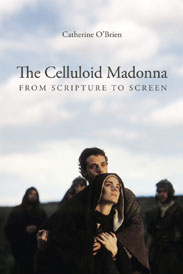 The first book to analyze the life of the Virgin Mary on screen from the silent era through to the present. For decades, Mary has caught the imagination of filmmakers from a range of religious backgrounds, whether Catholic, Protestant, Muslim, Marxist, or atheist, and film's intersection of theology and secular culture has inspired some of the most singular and controversial visions of this icon in cinema history. Focusing on the challenge of adapting Scripture to the screen, this volume discusses Cecil B. DeMille's The King of Kings (1927), Pier Paolo Pasolini's The Gospel According to St. Matthew (1964), Franco Zeffirelli's Jesus of Nazareth (1977), Jean-Luc Godard's Hail Mary (1984), Jean Delannoy's Mary of Nazareth (1994), Mel Gibson's The Passion of the Christ (2004), Catherine Hardwicke's The Nativity Story (2006), and Mark Dornford-May's Son of Man (2006).

About the Author: Catherine O’Brien is senior lecturer in film studies and French at Kingston University in the U.K. She has published widely on the intersections between Marian theology and secular culture.

About the Editors: Sara Wasson is Senior Lecturer in Literature and Culture, Senior Teaching Fellow, and Programme Leader for the BA (Hons) Culture, Media and Society degree at Edinburgh Napier University and is the author of Urban Gothic of the Second World War: Dark London (Palgrave Macmillan, 2010). Dr Emily Alder is a lecturer at Edinburgh Napier University and is Assistant Editor for Gothic Studies, the journal of the International Gothic Association. 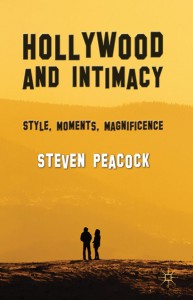 Hollywood and Intimacy provides a rare critical appreciation of close relationships in the modern American movie. Films considered include The Age of Innocence (1993), The Bridges of Madison County (1995), The Insider (1999), and The Straight Story (1999). Offering a new perspective on contemporary Hollywood, the book considers the intimate relationships that exist between characters, their surroundings, and points of film style. Through close and evocative readings, the book counters typical claims for contemporary Hollywood's large-scale indulgence and forwards a fresh approach to understanding the big American film.

About the Author: Steven Peacock is Senior Lecturer in Film at the University of Hertfordshire and is the author of Colour (Manchester University Press, 2010) and editor of Reading 24: TV Against the Clock (I B Tauris, 2007). 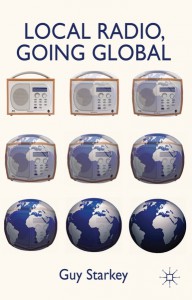 This book examines the development of local radio broadcasting and the trend in the UK and abroad for locally-owned, locally-originated and locally-accountable commercial radio stations to fall into the hands of national and even international media groups. They in turn disadvantage the communities from which they seek to profit, by removing from them a means of cultural expression and democratic participation. In essence, localness in local radio is an endangered species, despite being a relatively recent phenomenon. By tracing the early development of local radio through ideologically-charged debates around public-service broadcasting and the fitness of the private sector to exploit scarce resources, to present-day digital environments in which traditional rationales for regulation on ownership and content have become increasingly challenged, the book provides a manifesto for informed speculation around future developments in local radio. 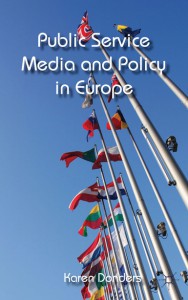 About the Author: Dr Karen Donders is Senior Researcher with the Centre for Studies on Media Information and Telecommunication (SMIT) and the Institute for European Studies (IES) at the Vrije Universiteit Brussel, Belgium. 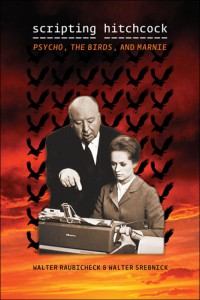 Explores the collaborative process between director Alfred Hitchcock and the screenwriters he hired to write the scripts for three of his most important films: Psycho (1960), The Birds (1963) and Marnie (1964). Drawing from extensive interviews with the screenwriters and other film technicians who worked for Hitchcock, Walter Raubicheck and Walter Srebnick illustrate how much of the filmmaking process took place not on the set or in front of the camera, but in the adaptation of the sources, the mutual creation of plot and characters by the director and screenwriters Jay Presson Allen, Joseph Stefano, and Evan Hunter. 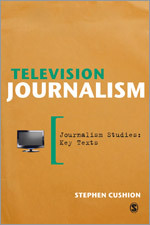 Despite the democratic promise of new media, television journalism remains the most viewed, valued and trusted source of information in many countries around the world. Comparing patterns of ownership, policy and regulation, this book explores how different environments have historically shaped contemporary trends in television journalism internationally. Informed by original research, Television Journalism lays bare the implications of market forces, public service interventions and regulatory shifts in television journalism's changing production practices, news values and audience expectations. Accessibly written and packed with topical references, this authoritative account offers fresh insights into the past, present and future of journalism, making it a necessary point of reference for upper-level undergraduates, researchers and academics in broadcasting, journalism, mass communication and media studies.