It is difficult to think of a film that has lived in the shadow of its predecessor more than Geoffrey H. Malins’ The Battle of the Ancre and the Advance of the Tanks (1917). Malins’ The Battle of the Somme (1916) had been a major critical and commercial success on its release and has been written about at length by film historians ever since. Ancre, the sequel to that film, is also a record of the Somme, but one which turns it focus to the autumn campaign of 15 September to 18 November 1916. Like Somme, it was also well-regarded critically and was popular with the public on its release, but unlike its forebear, has been somewhat neglected by posterity. As such, this is a welcome release by the Imperial War Museum which provides a much-needed opportunity to view the film which most critics regard as at least the equal of, if not superior to, Malins’ more well-known first film. 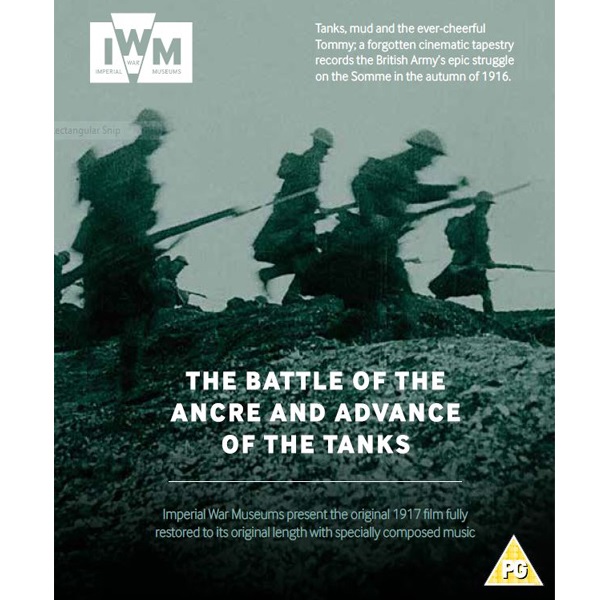 The narrative starts at dawn on 15 September, and over the next 67 minutes presents a unique historical insight into the autumn offensive, with Malins’ camera provided with access to soldiers in battle and at rest. The troops still appear to be in good spirits at this time, smoking and laughing as they march, but even in the film’s first few minutes, one can see troops laying out wooden planks to walk across the ever-increasing mud, and horses visibly struggling, knee deep in the mire as they transport shells to the troops. For contemporary viewers, used to seeing some of this footage in the numerous First World War documentaries that have liberally borrowed from Ancre, many of the individual scenes will appear familiar, but viewed in its entirety, the cumulative effect of seeing these events play out on this unforgiving landscape really hammer home the difficulty of the conditions the soldiers were operating in.

This hardship is leavened by several scenes of camaraderie, with the soldiers featured clearly seeing themselves as acting out a real-life Boy’s Own adventure. It is also significant that many of these men are from non-English regiments, with specific sections on the Scottish, Irish and Australians featuring prominently, and the British West Indies troops are seen but not referred to in the intertitles. These scenes, including incongruous images of men sitting eating their meals wearing large goatskins over their uniforms, or of banter between British soldiers and German prisoners, present a much more human, albeit, officially sanitised view of life on the front. They are also extremely poignant, as with hindsight, the contemporary viewer knows that many of the soldiers we see in the film would not have returned home. 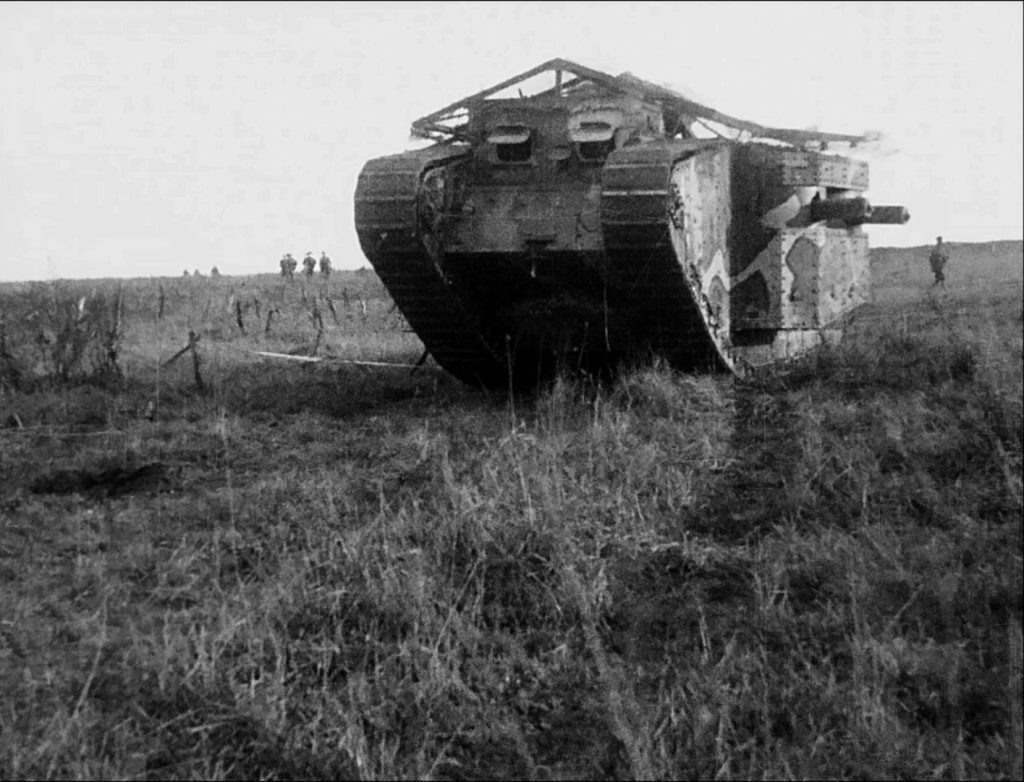 Still from the film 'The Battle of Ancre...'

To complement Malins’ work, the IWM has produced an exemplary package, starting with the restoration itself. This is the digitally restored version from 2012, which has been exhibited at festivals and arrived on DVD in 2017, but the quality of the Blu Ray version highlights the precision of the restoration, which took over a year to complete. Two soundtracks are available to the viewer – Stephen Horne’s arrangement of the original musical medley that accompanied the film on its first release, an upbeat and historically important morale booster that is useful for contextualising how music was used as part of the film’s message, and Laura Rossi’s modern score, a more subtle and sophisticated rendering of the key themes. Special features include a short sequence filmed by Malins of the firing of a howitzer, a highly stylised depiction of a ‘tank’ in a short Pathé cartoon, and a television documentary on the film’s restoration made by Discovery, designed for viewers who are new to these processes (a more detailed written account of the process is provided in the booklet).

But it is the scenes of battle for which Malins’ work is primarily known, and which arguably are now of most historical import for scholars and students alike. Primary amongst these scenes are the first moving images of the British army’s new technology, the tank – so new, that it is presented in quotation marks in the intertitles. Shots of tanks trampling over barbed wire fences and leading the way into battle elicited cheers from the audience when it was first screened, but now they represent a terrifying first glimpse into the beginnings of mechanised warfare. Later shots of the battle commencing are filmed from a safe distance and with the camera on a slight incline, almost lying in the mud and putting the viewer directly into the soldier’s perspective. Other remarkable images include the shots of the battle at night, with the pitch black sky punctuated by bright explosions; the panning shots of the desolate, muddy landscape, pock-marked by shelling; and the film’s final scene, with soldiers silhouetted against the sky. While the film is of significant historical value, it is also undeniably a major artistic achievement as well. When watching these scenes, we know with hindsight that we are witnessing the ‘lost generation’ in action, but films like this masterpiece preserve their legacy and provide essential viewing for anyone wanting to understand the First World War.

Paul Moody is a Senior Lecturer in Media and Communications at Brunel University London. His latest book, EMI Films and the Limits of British Cinema, is published by Palgrave in November 2018.