Arena (BBC2, 1975- ) introduced new subject matters and forms to public service broadcasting arts programming. By the mid-1980s, the editors of this critically acclaimed arts series had firmly steered away from traditional high art forms, adopting a more expansive notion of the popular arts. To the seasoned Arena audiences, then, who might have been unaware of Henry Moore’s death the week before, it must have been a surprise that on Sunday evening 7th September 1986, the scheduled programme about Jerry Lee Lewis got replaced with a special edition about the sculptor. In terms of theme, this unscheduled special did not bear the Arena signature. Maybe it even caused sceptical comments about the stark opposition: an irreverent rock ‘n’ roll icon’s profile got replaced by a memorial-style film portrait about one the most revered artists in Britain’s art establishment. But, in terms of form, there was something unconventional in its hybrid documentary mode that might have convinced Arena’s aficionados not to switch to another channel. 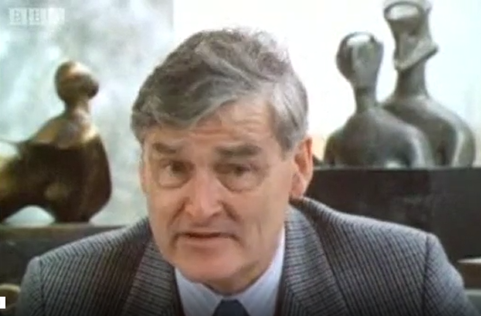 Upon the loss of a person we knew well, we often discover or rediscover aspects of their lives we knew little about or had forgotten because of sheer familiarity with their own narratives. Arena’s viewers might have felt something similar upon encountering unfamiliar older views of Moore from BBC’s then inaccessible archives in that pre-internet era. This special edition on the sculptor was written and presented by John Read, the director who had collaborated with the sculptor more often than any other filmmaker across three decades. For this programme, Read swapped places and faced the camera himself to share his personal narrative of Moore through a new assemblage of extracts from his own documentary films about the artist, while offering a new retrospective commentary. 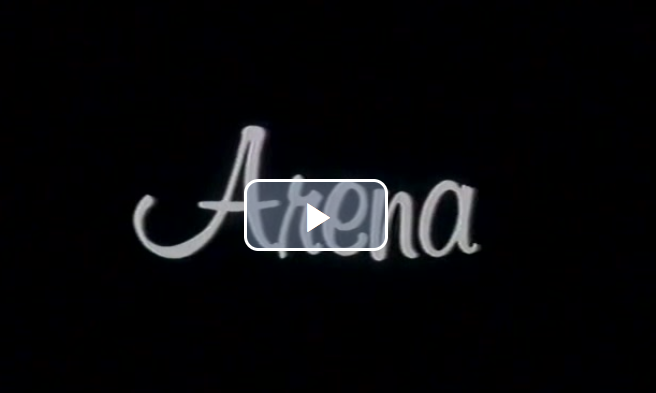 Moore had been no stranger to screen narratives, as television historian John Wyver has painstakingly documented in his essay about the ‘myriad mediations’ of the sculptor and his work. Arena’s first full programme on Moore was this special memorial edition, not a surprise considering the series’ predilection for pop culture and/or less familiar art forms and artists. And Moore’s predicament in 1986 was the overfamiliarity of his work, not only in open air spaces and public sites across the UK but also on television. For example, his monumental piece Knife Edge Two Piece 1962–65 has been described as one of the most ‘televised works of art’; since its installation on the Westminster Palace’s College Green in 1967, it had appeared on innumerable news bulletins as the background to TV correspondents, broadcasting outside the Houses of Parliament, standing in front of the sculpture and rendering it to an innocuous televisual tapestry. Arena’s editors had not failed to seek Moore’s screen commentary on two occasions, both of which had an original take. First in Arena’s Art for Money’s Sake (1976) programme about the art market, Moore was interviewed about his perception of art dealers. Prompted by a question about his long-term ‘safeguarding’ plans for his sculptural estate, the artist announces that no bronze casts should ever get made after his death. Probably, this must have been Moore’s first public announcement on this disputed matter amongst sculptors, and a scoop for the interviewer. The second time Arena featured Moore was in 1978, when on the occasion of a Royal Academy exhibition of Leonardo Da Vinci’s anatomical drawings, the sculptor offered his response in a short ten-minute interview and audio-visual analysis of Leonardo’s work. In a typical Arena culture-mix style, Moore’s piece was included as a coda to an edition primarily dedicated to the surrealist artist George Melly’s strange encounters in a ‘journey’ across London.

Arena’s dedicated edition to Moore himself and his work only materialised, though, upon his death. It had to wait, but it was produced in the innovative mode of what nowadays would be called ‘subjective essay film’ or an early type of a DVD commentary with the director commenting retrospectively on his directorial encounters with his subject matter. From a television historiography perspective, this edition’s added value was a celebration of Read himself as a pioneer of the arts documentary genre at large and one of the most prolific producer and directors of television arts programmes. Thanks to his first documentary on Moore in 1951, shot on location in the sculptor’s studio, which I have analysed in detail in a Visual Culture in Britain journal article, Read had paved the way for BBC’s gradual shift towards BBC documentaries to be shot on film rather than produced in a live relay mode.

By revisiting the films on Moore, which he had made over the span of 28 years, Read shaped a new narrative by selecting his ‘best of’ extracts from his six films on the sculptor: Henry Moore (1951), A Sculptor’s Landscape (1958), Henry Moore: One Yorkshireman Looks at His World (1967), Henry Moore: The Language of Sculpture (1974), Henry Moore at Home: A Private View of a Personal Collection (1974), and Henry Moore at Eighty (1978). In the collection Documenting the Visual Arts (2020), I have discussed Read’s six BBC documentaries about Moore as a screen continuum of film portraits, a ‘serialised life on film’ that only became available to audiences anew upon their 2010 digitisation, curated on a dedicated online space. But before their digital restoration, it was impossible to watch these films as a corpus, never having been released on VHS video or DVD.

Filmmaker and film historian Jay Leyda has scrutinised the generative power of the compilation film in his classic study Films Beget Films (1964). Read’s televisual memorial of Moore constitutes an exemplar of ‘television begets television’ in terms of thinking through the medium’s own historical encounters with the sculptor, reshaped in a new aesthetic form. Read had rarely appeared on screen in his films and only briefly in his later documentaries as an interviewer of Moore. Here in the Arena programme, though, he adopts a purely televisual approach; by addressing the camera directly and in close shot, he assumes the role of an anchor person and correspondent, who delivers the sad news directly from Moore’s studio space. Read’s memories are intensified by the very presence of the filmic Moore, whose liveliness remains registered on a medium that defies death and stasis. This televisual memorial portrait exemplifies a type of media convergence close to what film theorist Philip Rosen has described in his book Change Mummified (2001) as the ‘hybridity of historical temporality’:

explicitly heterogeneous intermixtures of types of indexicality (taking in liveness, videotaped actuality, films, and so forth) and sequenciations (a “flow” ranging from the succession of brief fragments to serialized longer narrativizations subject to constant interruption). (pp. 354-57)

Television’s serialisation is most commonly found in drama and fiction. But, when it comes to the ‘sequenciation’ of a real life, like Moore’s, then this nonfiction screen seriality generates a profound emotional engagement, as witnessed nowadays with the popularity of creative nonfiction literature. With the Arena and BBC television archives now accessible more than ever before, many more nonfiction biographical narratives across decades might emerge with Read’s essayistic synthesis as an early pre-digital model. Encounters with film and television archives are far from straightforward. Rosen’s theory of media historicity foregrounds the tension between the ‘restoration’ and the ‘preservation’ impulses: the former treats the past as a knowable and fixed entity, while the latter allows for the ‘nowness’ to resurrect and reshape yesterday’s moving images. I see Read’s news bulletin-style direct address, which punctuates his memorial portrait of Moore, as one of the earliest creative ‘preservations’ of BBC’s television archives. The director re-positions his earlier films within his subjective temporal indexicality of early September 1986. Arena’s Henry Moore special edition does not stand out for its subject matter originality, as The Private Life of the Ford Cortina (1982), one of the most celebrated Arena episodes, does. But future generations of students, scholars, filmmakers and creators will still find inspiration in Read’s hybrid assemblage upon their engagement with the multiple temporalities hidden in BBC’s archival treasures. And now that Learning on Screen have added all extant Arena episodes to BoB (Box of Broadcasts), a wide-open road has been constructed for creative learning and teaching and for endless possibilities of preserving and repositioning Henry Moore and many more artists within new historical contexts and personal narratives.