Fiona Lindsay is the Creative Producer of Digital Theatre Plus, which specialises in online delivery of filmed stage productions on-demand to the education sector. We spoke with her about the company’s activities and how she is working to develop their online learning content.

Q. What is Digital Theatre Plus?

A. Digital Theatre is a company that was set up two years ago to capture the best of British theatre, making each production available to watch online or download to your desktop. On launching the company it became apparent very quickly that there was a huge demand within the education sector to be able to legally show these productions along with supporting materials that opened up the world of the production process.

In response to this need we established Digital Theatre Plus, an online learning resource offering annual subscriptions to schools, universities and libraries.  Each of our full-length productions is made available to watch online alongside supporting media materials.

Essentially it is a series of digital libraries that students and teachers can access to enhance their experience of theatre and the creative performance process. The libraries complement the live experience and are specifically produced to develop understanding and provide a relevant framework for teaching and learning to excite, to educate, to enthuse and most importantly to get theatre into those classrooms and to those students who wouldn’t ordinarily find it easy to walk in the doors of a theatre either for geographical or financial reasons. 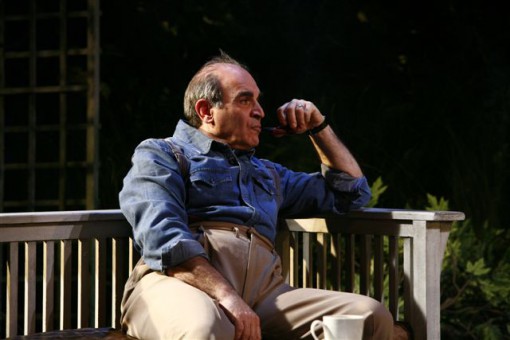 Q. How was the resource developed?

We had a soft launch in March at the Education Show in Birmingham and we’re having the official launch in October. We trialled the product through a company called Schools Zone who selected teachers nationally and this led to two-week free trials being offered to schools. We’ve had very positive response and LEAs are also responding really positively and buying it on behalf of groups of schools. At the moment it’s purely a class-based activity but by Christmas there will be the opportunity to engage with a home/school package which we hope will support independent learning at higher education levels

... we have a whole library of documentaries and interviews that connect with each of the filmed projects

Q. What materials are available through Digital Theatre Plus?

We’ve got a production library that contains the whole portfolio of current Digital Theatre films. Sitting beside that we have a whole library of documentaries and interviews that connect with each of the filmed projects and beside that we have a strand of written material that focuses on playwrights, their plays, the time when they wrote those plays and why they wrote them.

Q. How do you choose what to film?

We have some significant partners including the Royal Shakespeare Company, the Royal Court, The Young Vic and the Almeida amongst other producing theatre companies. We work partnership with them to decide what we will schedule to film What drives the selection is a desire to capture the best possible work and those productins that will provide an enriched and enhanced theatre learning experience for young audiences.

As time goes on and our production library grows I’m confident that we’ll have an increasing amount of work that is directly connected to the teaching curriculum. The essential thing though is that we always offer work that shares best practice, connects with students and provides a true reflection of play writing, performance and lifting a play of the page and preparing it for the stage. Young people and teachers are the most important audience and deserve the best.

Q. How are the performances filmed?

We capture every production live and it’s really important to us that the viewers feel that they are part of a live occasion, that they are sitting in that audience – we don’t try and pretend the audience isn’t there. We shoot two full productions and we edit in consultation with the artistic director. Everything is captured in High Definition with cameras absolutely everywhere. This means that the viewer gets a very rounded experience of each character and their different points of view. 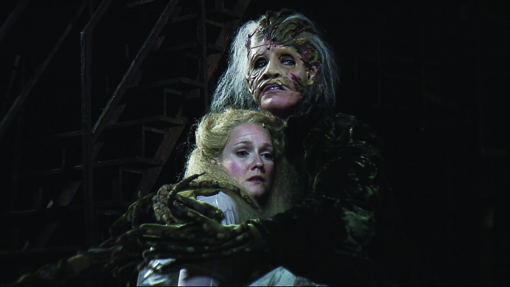 Q. Tell us about some of the productions filmed so far.

I’m particularly proud of the full learning resource we have to support the RSC’s A Comedy of Errors. The production was created as part of their ‘Young Peoples Project’ with the ambition of getting as many young people as possible to see the show –both live and online. Supporting the film of the show we have two full forty-five-minute documentaries and lively written material as well … I’m also very proud of the work we have done on All My Sons, the recent West End hit with David Suchet and Zoe Wanamaker, which has been beautifully filmed. Supporting that we have a really comprehensive learning resource that journeys through the American dream and what was going on politically at the time when Arthur Miller wrote the piece as well as detail on his quite turbulent personal history that spills over into his creative work. We currently have ten productions in the library and twenty documentaries and interviews and four learning resources. We are adding to these over the Summer and will be announcing a new film in the Autumn.

Q. What has the response to Digital Theatre Plus been like so far?

The response from the general public all over the world to being able to download British theatre productions has been extremely positive and teachers absolutely love the fact that what it does is democratise the theatre-going experience.

For further information about Digital Theatre Plus, visit: www.digitaltheatreplus.com