As sociologists David Madden and Peter Marcuse argue: 'Housing is more than shelter; it can provide personal safety and ontological security. While the domestic environment can be the site of oppression and injustice, it also has the potential to serve as a confirmation of one’s agency, cultural identity, individuality, and creative powers.' (1)

This multifaceted definition of home strongly resonates with the current historical moment. On the one hand, with the pandemic and lockdown, the home sets new boundaries to our interactions with others and forces us to carry out complex negotiations between our personal, work and creative lives. On the other, homelessness, housing precarity and inadequate living conditions have become increasingly critical in lockdown times and during the pandemic, especially in great urban centres, which present a chronic shortage in housing supply. The house as shelter is not to be taken for granted and, as former UN rapporteur for adequate housing Leilani Farha recently noted, 'Housing has become the front-line defense against the coronavirus. Home has rarely been more of a life or death situation.' (2)

The COVID-19 emergency exposes an already long-standing fragility of housing systems worldwide. In the UK, a rampant housing inequality has been reflected on screen by a large number of documentaries in recent years, ranging from network television docu-series to independent documentaries. (3) As cities around the world went into lockdown in March 2020, cinemas were forced to close and film production came to a halt. However, in many ways, the home became itself a centre for the production and circulation of media images. While this is not in itself new, the extent to which the pandemic prompted a further turn into the 'media home' leads to a series of questions. (4) How do the altered spatialities and temporalities of the lockdown impact filmmaking practices themselves? Have the above criticalities in the housing system already emerged on screen? 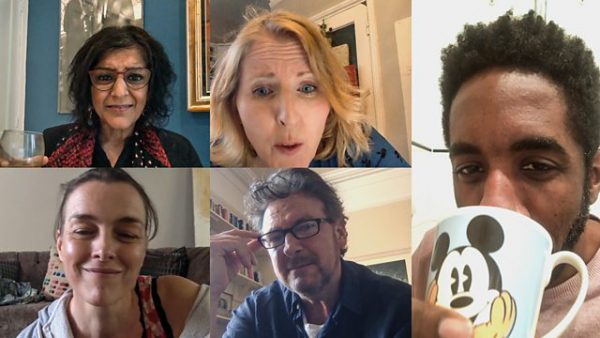 To try and answer these questions, I consider the media production on the home and made in the home during lockdown, looking at commissioned series of shorts filmed entirely or partially in Britain and Northern Ireland: BBC Four Unprecedented (May 2020), BBC Arts NI Splendid Isolation (June-July 2020) and Netflix’s Homemade (June 2020).

In many ways, the lockdown corpus is still an evolving one and we will have to wait to understand the long-term implications of the ongoing transformation caused by the pandemic on film and television production more widely. However, some preliminary considerations can be made. Formally, the lockdown seems to have generated a large number of short films. These call for a reframing of the home movie to make space for forms such as the video-call and the monologue as recurring dramatic devices. Among the three series, the former features largely in Unprecedented and the latter in Splendid Isolation. While the monologue is clearly indebted to the theatrical matrix of these series– Splendid Isolation is the result of a collaboration with the Lyric Theatre in Belfast, while Unprecedented is a co-production of BBC Arts, Century Films and theatre production company Headlong. These short forms are also most likely influenced by a larger media landscape of TikTok and YouTube videos, which deserve a separate investigation. The two Homemade episodes set in the UK, Gurinder Chadha’s Unexpected Gift and David Mackenzie’s Ferosa are both snapshots of the two directors’ families and, more hybrid in their structure, alternate observational everyday life sequences with personal reflections on the lockdown experience from both adults and children.

While this preference for the short format – which goes beyond the UK and the commissioned series, for instance Matthew Beck’s Shelter in Place and Mati Diop’s In My Room – might prelude to longer features, this form responds to the very concrete need to grasp and encapsulate into smaller units our dilated experience of time spent within confined space.

Moreover, as Cathy Brady, one of the directors in Splendid Isolation notes in a making-of video, the pandemic forces to a more 'efficient kind of filmmaking'. Film crews exploit creatively the practical restrictions and the confinement of the setting. While in some cases social distance rules cause a blurring of the different roles and actors have to do some of the filming themselves, they also blur the distinctions between exterior and interior, as the space of the home is filmed from the outside, through the use of zoom lenses, 'the saving grace' of this situation, Brady comments. 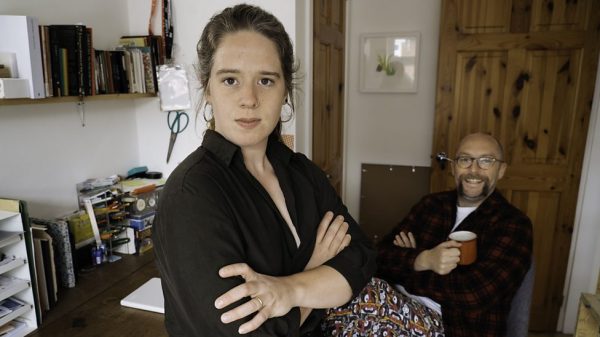 Thematically, while many of these short films focus on everyday family and work dramas which are often presented in a light-hearted, comic mode, an underlying concern with issues of mental health, different kinds of vulnerabilities from disability to old age, and domestic abuse also runs under the surface. In Unprecedented Episode 4, Matilda Ibini and Debbie Hannan’s The Unexpected Expert a tense, and, at moments, surreal video-call between a disabled woman (Saida Ahmed) and the social worker assigned to her (Golda Rosheuvel), who calls her to inform her that her care package is going to be reduced due to COVID-19, provides a snapshot into how deeply the current emergency is going to affect already critical situations, caused by years of welfare cuts.

The fragility of domestic space also appears in Safer at Home, where a young pregnant woman (Gemma Arterton) is being controlled and abused by her husband (Rory Keenan). His mother (Geraldine James) attempts to talk to the wife and help her during their video calls are thwarted by an unnerving series of intrusions of the man into the conversation both physically, as he appears behind the woman while she is at the computer and digitally, via his own phone, in an increasingly claustrophobic and threatening atmosphere.

The films so far show only a partial engagement with housing inequality, slightly better represented in the genre of the news documentary. On the one hand, this is an effect of inequality itself, as the responses of those who are struggling the most in the pandemic are less likely to emerge in the most acute moment of crisis. On the other, the particular structure of these commissioned series give space largely to fairly established directors and actors in most cases and other type of responses, both from the world of housing documentary and a strained independent sector might emerge in a longer time-frame which is also needed to connect the immediate experience of lockdown to a long-term and systemic inequality.

Housing precarity is dealt with in Unprecedented Episode 1, Season 1, with the short film Penny, written by Charlene James and directed by Holly Race Roughan, featuring a homeless man, Ray (Lennie James), who has been brought in temporary hotel accommodation during the lockdown. The film is constructed as a video call and Ray passionately addresses a silent presence on the other side, Penny, who, we gradually discover, is the man’s dog, separated from him for the first time in five years. As he shows her around the “nice, little room” the excitement to see her leaves its place to a more sombre description of the man’s frustrating interactions with the cab driver who brought him to the hotel and the volunteer at the hotel, who fail to understand how a home is not just “walls and a ceiling”. Although the man appreciates being accommodated in the hotel, he also is extremely disoriented, especially being away from his faithful animal companion.

As the film draws to a close, Ray expresses his thoughts about social distance – 'you know, if one more person talks to me about social distancing... don’t they know it’s my life... that people have been distancing themselves from me socially for years?' – and wonders what it going to happen to him after the emergency. As winter 2020 approaches, the homeless population is on the streets again and different housing charities are already warning the government to take action in order to cope with the long cold months to come and the dramatically increased numbers of people sleeping rough. (5)

While a more consistent engagement of film and media on the pandemic with housing precarity is yet to emerge, Penny hits a nerve. (6) It provides a fine example of how media representations of the home in the pandemic can intersect with representations of the housing crisis and prompts important and necessary reflections on the intermittent ways in which social and economic vulnerabilities are addressed in the UK today.

(3) From Channel 4 docudrama How to Get a Council House (2013-2016), to the independent documentaries Dispossession (Paul Sng, 2017) and the essay film Estate. A Reverie (Andrea Luka Zimmermann, 2015) and the large production of community-based and activist documentaries on the housing crisis, and, in particular, on the Grenfell Tower Fire. See Anna Viola Sborgi, “Grenfell on Screen,” in After Grenfell: Violence, Resistance and Response, eds. Dan Bulley, Jenny Edkins, and Nadine El-Enany (London: Pluto Press, 2019), 97-118; “Housing Problems: Britain’s Housing Crisis and Documentary,” in Cinema of Crisis: Film and Contemporary Europe, eds. Thomas Austin and Angelos Koutsourakis (Edinburgh: Edinburgh University Press, 2020), 180-97.

(6) Within a wider range of global representations, Netflix’s second attempt at lockdown film, Social Distance, released on October 15, 2020, seems to better engage with the socio-economic fragilities of the home and how they intersect with gender, class and race, in particular with Episode 3 And We Could All Together/Go Out in the Ocean (Phil Abraham), centered around questions of care and labour and mother-daughter relationships in the Afro-American community.

Anna Viola Sborgi is a Postdoctoral Research Fellow at the University of Genoa, where she is currently working on a project on post-2000 representations of high-rise and tower-block living within the London skyline. She holds a PhD in Film Studies (King’s College London) and a PhD in Comparative Literature (University of Genoa). Her research investigates screen and textual representations of London, the home and housing and gentrification. Recent publications include; Grenfell on Screen' in After Grenfell: Violence, Resistance and Response (Pluto Press, 2019) and 'Housing Problems: Britain’s Housing Crisis and Documentary' in Cinema of Crisis: Film and Contemporary Europe (EUP, July 2020).