Home Viewfinder MagazineHome is Where the Hurt Is: EMI Films and the 1970s British Home

Home is Where the Hurt Is: EMI Films and the 1970s British Homeby Paul Moody

(video essay by the author to accompany this article)

This year, we became more intimately acquainted with our homes than we ever thought possible. Although our domestic environment may now feel sickeningly familiar, this is something that is not unique to our times; instead, Britain’s connection with the home has always been fraught with tension, as any fan of sitcoms or horror films can attest. Yet there are moments in British society when our place of residence becomes a site of unusually enhanced interest; 2020 will be remembered as one of those years, played out across television news and social media. Fifty years ago, a similar story was developed, albeit via the nation’s cinema screens.

In July 1970, EMI, better known for its work in the music industry, entered into British filmmaking with its acquisition of the Associated British Picture Company (ABPC). Operating out of Elstree studios under the leadership of Bryan Forbes, it was extremely prolific in its first year, releasing several films either independently or as part of its various co-production deals. Many of these have gone under the radar, little remarked upon since their first release. Reviewing the company’s output on its fiftieth anniversary, from the perspective of a country remaining indoors, the depiction of the British home it presented appears strikingly negative. 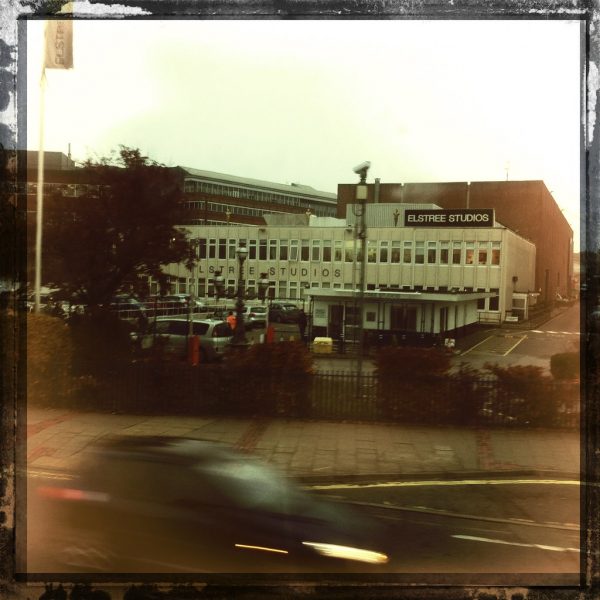 "Elstree Studios" by jovike is licensed under CC BY-NC 2.0

Take, for example, All The Way Up (James MacTaggart, 1970) starring Warren Mitchell. Mitchell plays the petit bourgeois patriarch Fred Midway, obsessed with improving his social status while simultaneously imposing on his family the importance of considering what the neighbours think. In one devilishly satirical scene, the entire household, realising that their loud argument might have been overheard, turn to face the living room wall and begin to laugh maniacally, so that the neighbours can hear how happy they are. Except that the wall they are facing is the fourth wall – they look directly at us, advancing ever closer in an horrific pretence that all is well in their ersatz ideal home. All the Way Up displays the rapidly increasing fears of suburbia which would become a prominent feature of 1970s British culture, swiftly associating the suburban environment with everything that the 1960s was not; conformity as opposed to individual freedom, fakery as opposed to authenticity, and most pressingly, the indoors instead of the vast expanse of a festival field or the streets of ‘Swinging London’.

However, even films which EMI set in identifiably urban locations would depict these concerns. Spring and Port Wine (Peter Hammond, 1970) presents a patriarch (James Mason) of an entirely different family, living in the urban sprawl of Lancashire. At the dinner table one evening, Mason’s daughter, Hilda (Susan George), refuses to eat her meal, prompting the start of an ongoing power battle between her and her father which gradually envelops the rest of the family. It is notable that this contest, a metaphor for the dynamic shift of power from the establishment to youth promised by the 1960s, is played out indoors over a fish supper. With the dispute resolved and the family back together as a unit again at the end of the film, there is a sense that power had perhaps not shifted as decisively as had been hoped, with the home an apt reminder of the yearning for stability that had just resulted in the election of Edward Heath’s Conservative government.

Before becoming EMI’s Head of Production, Forbes had been a prominent figure in Heath’s election campaign, and in his various proclamations about ‘revitalising’ the British film industry he displayed a naturally conservative concern for British cinema’s perceived failings. However, Forbes was a complex character with a strong sense of artistic freedom. Thus, when involved closely with his productions, such as in his uncredited rewrites for The Man Who Haunted Himself (Basil Dearden, 1970), he struggled to acquiesce fully to the conservative comforts of the home.

The Man Who Haunted Himself featured a pre-Bond Roger Moore as Harold Pelham, a businessman tormented by a doppelgänger after surviving a life-threatening car crash. The film’s remarkably modern discussion of Pelham’s post-traumatic stress, along with the tensions wrought on his marriage by the suspicions surrounding his double life, are placed within the context of the conformity of his home. His doppelgänger driving a sporty Lamborghini and having an affair with a young woman, while Pelham wears his business suit and tries to salvage his marriage. In a startling reverse, it is the doppelgänger who wins out in the end; Pelham’s desire for conformity is, ultimately, his downfall, and he loses his family and home as a result. It is tempting to view Pelham as Forbes’ wry comment on his own personal battle with this dilemma; the creative screenwriter and director who had only that year decided to join the besuited conformity of EMI’s boardroom. Forbes ultimately decided that it was a compromise too far, resigning from the role before the summer of 1971.

Whether Forbes’ influence was the driving factor in these productions or not appears to be immaterial. EMI was an unusual split personality itself, with a separate division dedicated to commercial co-productions under the aegis of Nat Cohen called Anglo-EMI, which had been responsible for All the Way Up. Thus, for every Man Who Haunted Himself, produced by Forbes, Cohen’s division had Spring and Port Wine; the obsession with the home traversed the entire company and parallels can be seen across their individual release slates. Forbes released Hoffman (Alvin Rakoff, 1970), in which Sinéad Cusack’s secretary is blackmailed by her boss (Peter Sellers) into staying in his apartment for one week, keeping her captive until she falls in love with him. This study of indoors confinement was countered by Cohen’s Entertaining Mr Sloane (Douglas Hickox, 1970), an adaptation of Joe Orton’s satirical play in which the eponymous lodger (Peter McEnery) wreaks havoc in a home occupied by Beryl Reid’s Kath and her elderly father. In each instance, the home is the site of conformity, of moulding free individuals into personalities whose parameters are determined by others - often, but not exclusively, a domineering patriarchal figure. Taken as a whole, these films demonstrate how the home, which had been a highly valued and romanticised ideal on cinema screens since the 1950s, had, by 1970 become the primary metaphor for exploring Britain’s problems in the aftermath of the sixties. 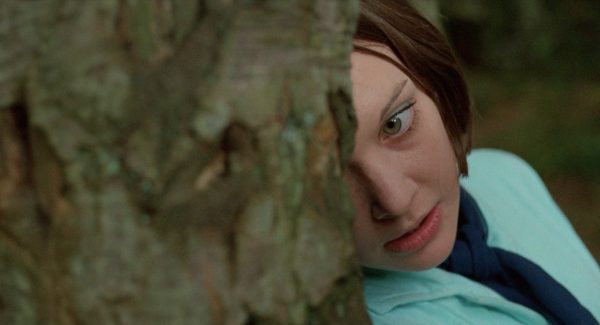 There are many good reasons why the British home was viewed with such suspicion in 1970 and, in a year in which we have all spent much of our time confined in our own abodes, it is tempting to feel equally sour towards our immediate four walls. However, the company’s first release, fifty years ago this July, offers a timely dose of agoraphobia. And Soon the Darkness (Robert Fuest, 1970) was an innovative attempt to produce a horror film which took place in broad daylight, following two young British women travelling through sunny rural France. It is composed almost entirely of scenes which take place outside in the glorious French countryside, but takes a tragic turn when one of the women is killed by an unknown assailant. Amongst EMI’s many releases in 1970 which demonise the home, And Soon the Darkness is a cautionary reminder of why the outside world is not always as appealing as it seems. In these unusual times, it might just make our homes feel a little more palatable.

Paul Moody is a Senior Lecturer in Media and Communications at Brunel University London. His most recent book, EMI Films and the Limits of British Cinema, was published by Palgrave Macmillan in 2018.