How embedded has the version of history as presented on television become in the public consciousness? Ann Gray and Erin Bell from the University of Lincoln ran a project that sought to answer that question and explain how ‘we get the kind of television history we do’.

At the beginning of the 21st century a senior television executive declared that ‘history was the new rock and roll’. He was referring to the seemingly endless appetite of television audiences for history programmes and a number of producers saw the opportunities for commissions in this area.

The key question behind the research was: How do we get the kind of television history we do?

This was the impulse behind what became the ‘Televising History 1995-2010’ project, which began at the University of Lincoln in 2006, funded by the Arts & Humanities Research Council. Media scholar Ann Gray was the principal investigator and Erin Bell (a historian) the research fellow. The grant also included bursaries for two PhD students to work on the project. We saw television history as part of public history and a key disseminator of the past to contemporary audiences.

The key question behind the research was: How do we get the kind of television history we do? In order to answer that question, the project identified three sites of investigation: history in the academy; the television industry, both terrestrial (broadcast and independent) and satellite; and the programmes themselves. We began by scoping and recording factual history output across networks and channels; by identifying the key players in the industry, from commissioning editors to independent producers; and by talking to historians who had been involved in programme making, as consultants, advisors, writers and as presenters. Our questions to producers and historians were aimed at understanding what factors influenced history programming, how genres were developed, why certain periods were preferred over others, what role perceptions of the audience played and, in general, we sought to identify the tensions of the logics of television and historiography in shaping ideas about the past. 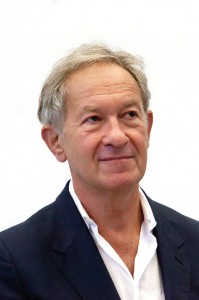 In addition to interviews and discussions with individual historians and media practitioners alongside analysis of the history programmes, we facilitated a number of discussion fora, which built bridges across disciplines and professional practice. For example, our advisory board, which met annually during the duration of the project, was made up of media professionals, academics from history, archaeology, heritage, television and cultural studies, museum and archive professionals, popular authors and educationists. We held a small symposium which brought together scholars from other parts of Europe and our final conference, after a public keynote by David Starkey, included participants from the industry, e.g. Janice Hadlow, Controller of BBC2, Jeremy Isaacs, Martin Davidson (BBC) and representatives from the independent sector (Wall to Wall, Flashback and Testimony Films) who debated with leading academics in the field. This dialogue opened up the rather moribund debate between historians and television producers, which had tended previously to centre on what made ‘good history’, and encouraged a more complex set of related questions about television as a mediator of the past and its effects on historiography in the process of that mediation. The discussions covered a range of topics, for example, the role of different styles of presenters; the value, or otherwise, of the popularising of history through genres aiming to reach wide audiences; questions of authorship; the ethics of ‘truth-telling; uses of archive film and other sources.

We are now shaping the material we have gathered for our book, History on Television (forthcoming from Routledge), which will plot the key developments within our period of history on television. Each chapter will interweave questions of production context across considerations of the programmes under discussion. In looking at the concept of Landmark television, examples of which are Simon Schama’s A History of Britain (BBC, 2000-02) and Nazis: A Warning from History (BBC, 1997), we will explore themes of heritage and national identity, the aesthetics of ‘quality’ associated with public service broadcasting, the branding of presenters and history as a commodity, authorship, narrative and the institutional contexts of such productions.

Commemoration has long been a key role played by history programming on television and we plan to take a close look at how although such programmes remind the nation of its past, much like earlier commemorative activities, particularly innovative strategies are employed in television programming. Whilst the documentary series Auschwitz: the Nazis and the final solution (BBC, 2005) marked the 60th anniversary of its liberation, other events have been marked through less traditional formats; for example My Family at War, part of the 2008 season marking the end of the Great War, drew heavily on the Who Do You Think You Are? (BBC, 2004- ) format, with celebrities discovering aspects of their ancestors’ lives with particular relation to the conflict. Landmark and commemorative programmes are often high points of television output aimed at bringing the nation together as well as providing valuable marketing commodities for more international audiences. 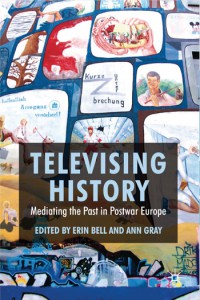 However, in the UK the past provides a large amount of content for more everyday TV history output. This part of our research has examined the rise and fall of history series, e.g. Secret History (Channel 4, 1991-2004) and Timewatch (BBC, 1981- ) the importance of scheduling, stripping and seasons in the presentation of history, and smaller scale programmes based on, for example, eyewitness testimony which continue to produce powerful and compelling television. As in other forms of programming, channel and network identities based on assumptions about the audience are important factors in considering what are appropriate genres and modes of address.

Some of the most heated debates both within the academy and in the broader public discourse have been about the employment of hybrids and formats and in particular ‘reality television’ techniques for the ‘re-enactment’ of the past. The huge success of Who Do You Think You Are? is evidence that difficult and traumatic histories, whether within living memory or more distant, can be offered to large audiences, albeit mediated via a well-known personality, whilst re-enactment series such as Edwardian Country House (Channel 4, 2002) and more recently Victorian and Edwardian Farm (BBC, 2009-10) offer insights into material conditions and certainly into the differences – social, physical and cultural – between a given era in the past and the present. In a number of ways the genres of ‘reality or lived history’ render some of the most interesting questions about the televising of the past across the range of our interests and provide a number of excellent case studies in understanding the operations of television.

Although the project has not looked directly at audiences, we have gathered a strong impression of how audiences are perceived by commissioners and producers; and how these perceptions and market imperatives shape the form and content of programmes to explore the decisions and the hunches behind conceptions of the audience; and how these become manifest through the programmes themselves.

In order to fully explore our question ‘how do we get the kind of television history we do?’, we have sought to problematise history in thinking about the absences or lack of attention to periods, people and approaches and asked our informants to comment on this. Social history, which used to be a mainstay of British television, can now be found mostly tucked away in episodes of Who Do You Think You Are? and there is still a profound lack of post-colonial histories and relatively little on black history and women’s history, or other members of non-elite groups. Of course television must be selective but as the main channel of information about the past for vast numbers of the population in the UK and elsewhere the relentless bias towards particular periods in history, especially the Tudors and World Wars, as well as the tendency towards a linear narrative, which presents history as a given needing no interpretation, and the increasing emphasis on celebrity and personal authorship, suggests that the logics of television are winning over other considerations, cultural, scholarly or ethical, involved in presenting the past.