This article first appeared in ViewFinder

The slender yet rich BFI contribution on Claude Lanzmann’s 1985 documentary Shoah eloquently substantiates this claim. It will be useful to students and scholars who wish to both utilise Lanzmann’s classic and gain a sense of how to contextualise it in discussions of representations of the Holocaust. (It would, however, be more useful with an index. Likewise Shoah: An Oral History of the Holocaust: The Complete Text of the Film by Claude Lanzmann frustratingly lacks an index.) Vice deals well with many of the relevant discussions and controversies that have surfaced surrounding the film. Engaging Lanzmann’s film as film as cogently as it does, Vice’s Shoah is unlikely to be surpassed as a brief, single-volume introduction to the 9½-hour masterpiece. Shoah (the film) will continue to require more of a textual guide than most other Holocaust and Second World War-related films, and this book impressively serves that objective. 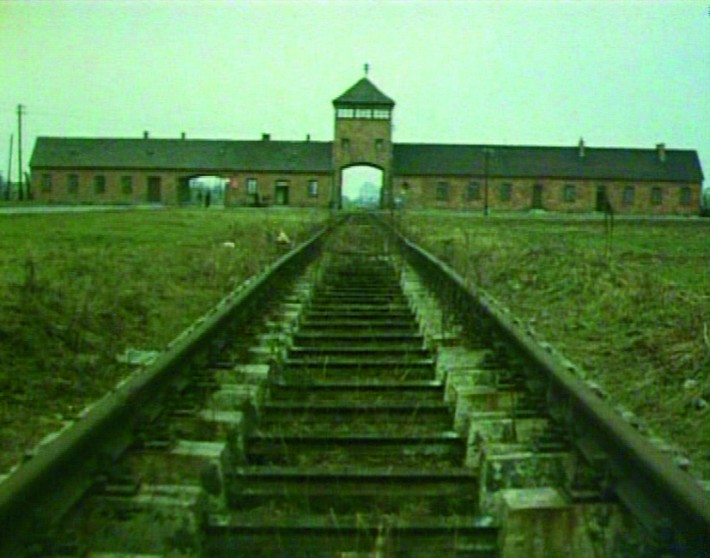 I have few quibbles with the book as a work in film studies and criticism. But as an academic historian outside the realm of film per se, I find a number of aspects of Vice’s presentation problematic. As a study-guide, and something of a springboard for further enquiry, it could be more competent at juxtaposing the film and historical work, directing readers to the most relevant scholarship. In terms of ‘history,’ she is generous to grant Lanzmann a wide berth as an artist – as there is no doubt that he aims to have his work received as both ‘art’ and ‘history.’ A weighty issue to which Vice seems oblivious, however, is the extent to which Shoah, for all of its attributes, represents a somewhat out-dated way of viewing the Holocaust, historically. Was it as ‘step-by-step-by-step’ as Lanzmann conceived it – something akin to an anti-organic whole? Vice’s qualification at the outset is indeed insightful: that ‘Shoah does not present information, nor a historical or philosophical thesis concerning the Holocaust, but a contemplation of that subject using specifically cinematic means to do so.’(p. 9) Yet Lanzmann wants it both ways; it is clearly meant as ‘documentary’(pp. 22, 32). Does it not function, and pass itself off, as ‘history’ - in Vice’s words, ‘a certain kind of documentary’? (p. 32) Was Lanzmann not commissioned to create ‘a piece of reality and not be simply a reflection of it’? (p. 17) Is this not how Vice is compelled to treat it? ‘Shoah’s standing,’ Vice continues, ‘is unrivalled in both film history and Holocaust representation’ (p. 9). The author obviously knows a great deal about the means of transmission and ‘film history’ of the Holocaust. But she seems to have a less certain grasp of the more general, evolving historiography on the Holocaust.

Vice is apparently unfamiliar with a major film, Partisans of Vilna (Josh Waltesky, dir., 1986; re-released 2005), which is in many respects comparable to – and, in my opinion, vastly superior to – segments of Shoah. In light of the sparse attention given to Ponar in Shoah (p. 29), the killing-site of most of Vilna’s Jews, this omission is a notable lacuna. For Vice it is a missed opportunity to alert readers to a lesser-known but superb film. Compared to the cumbersome Lanzmann-centeredness of Shoah, with its ‘four stages of question and answer via a translator’ (p. 24), Waletsky as interviewer is almost totally unheard and invisible - which gives the surviving partisans pride of place. Interestingly, we learn from Vice that ‘[i]t is in the outtakes of Shoah that we see Lanzmann’s most extreme performance as an interviewer.’ (p. 64) As compared to the less-arty Partisans of Vilna, Shoah is not outstanding in reflecting the different modes of genocide in the Holocaust and their relationship to each other. The failure to recognize the means of killing at Ponar, and the murder by shooting of most of Lithuanian Jewry, as quite different than that at concentration camps, is a signal drawback of Shoah as a comprehensive treatment of the Holocaust. The murderous sweeps of the Einsatzgruppen, and the character of anti-Jewish atrocities perpetrated by native nationalists in the Baltics in 1941, did not share the ‘industrial’ cast of Auschwitz.

A related shortcoming, more consequential than the choice of not including the experience of Jews in ‘occupied western Europe’, is the conflation of Auschwitz, a camp with multiple functions (besides industrial killing) which counted thousands of survivors, and the ‘Operation Reinhard’ camps (Belzec, Sobibor, Treblinka)—devoted exclusively to mass-murder—which had only a smattering of survivors. Belzec, the first of the Operation Reinhard installations, had almost no Jewish survivors left to tell the tale. True, Lanzmann is a director, not an academic. But Vice might have been more adept to show where the contemporary academic understanding of the Holocaust diverges from the style and substance of Lanzmann’s work.

Perhaps the greatest changes to have occurred, in the way that academic historians have approached the Holocaust since Lanzmann commenced and then completed his project, is heightened sensitivity—in part stemming from the demise of Communism—that the tripartite structure of ‘survivors, bystanders, and perpetrators’(p. 9) was even more complex. Certainly at the time when Shoah was conceived, historian Raul Hilberg was a leading, however controversial, scholar of Nazism. As much as Hilberg (1926-2007) is revered as a great explicator of the Nazi administration, a more nuanced perspective is exemplified especially in the work of Christopher Browning. In addition, Hilberg’s views on Jewish resistance during the Holocaust, or lack thereof, have long been challenged by Yehuda Bauer (Vice seems unaware of either). Perhaps the greatest omission in the too-brief and idiosyncratic bibliography is Samuel Kassow’s monumental study, Who will write our history?: Emanuel Ringelblum, the Warsaw Ghetto, and the Oyneg Shabes Archive (Bloomington, IN: Indiana University Press, 2007), which would have complemented the sections on the Warsaw ghetto and uprising. 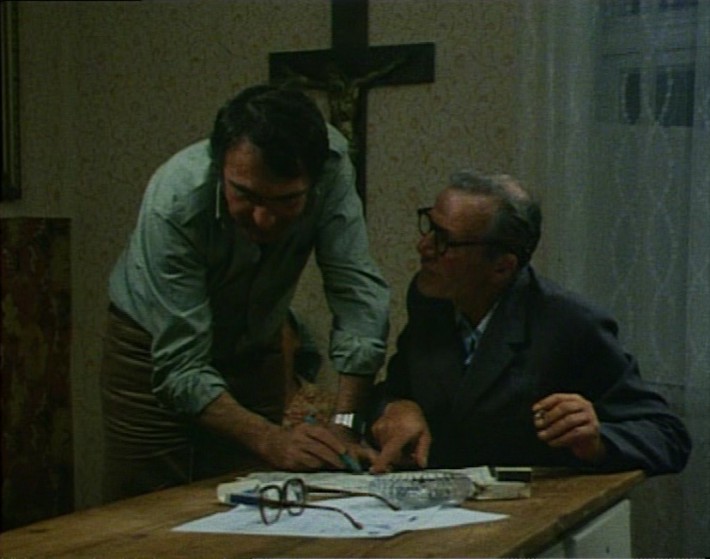 Although Vice describes how the discourse on Jewish and non-Jewish relations during the Second World War, particularly that ‘between Poles and Jews’ has developed, beyond filmic representation (pp. 73-8), she only engages superficial layers of the ongoing debate. While it is argued that Polish non-Jewish deaths during the war were equal in number to those of the Jews, and that there are more Polish Righteous Gentiles honoured at Yad Vashem for their rescue of Jews than from any other nation, it is also averred that the non-Jewish Polish experience was one of occupation, however extreme, not genocide, and that anti-Semitism was rife during the war: many Poles either betrayed their Jewish compatriots or were pleased to see them vanish. (pp. 74-5)

Greater depth and analysis is necessary. Certainly there are grave disagreements over the meaning and degree, yet it is now widely acknowledged that Soviet policy and brutality had an influence on how Jews were treated in Poland, the Ukraine, and the Baltic states, after the Nazi invasion of the USSR in Operation Barbarossa (June 1941). One finds little hint of this in the text. Vice mainly takes a posture defending Lanzmann’s choices, but her use of the term ‘triangulation’ (77) may cause some confusion, as it has been used in a very different way in Timothy Snyder’s Bloodlands: Europe between Hitler and Stalin (London: Bodley Head, 2010), and in Antony Polonsky’s formidable work since 1990. 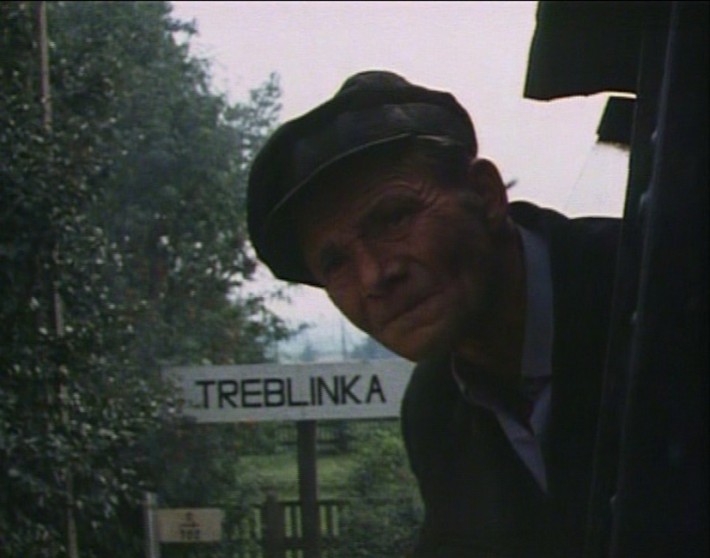 The debates about Shoah are ongoing. An episode (which had only begun when Vice was writing) and is still in flux, concerns Lanzmann’s interview with Jan Karski, the Polish government-in-exile courier who visited the Warsaw ghetto. To many this is one of the most striking segments of the film. According to historian Wojtek Rappak, there is certain to be another round (or two, or three) of comment and opinion about Lanzmann’s handling Karski. In response to the 2009 novel by Yannick Haenel, which Lanzmann denounced as ‘une falsification de l’histoire’, he prepared lengthy outtakes from SHOAH (Paris, April 2011) for public presentation. Lanzmann’s new compilation is an attempt, … to counter the charge that the Karski he showed in Shoah was the eyewitness who was in the ghetto ... but not the messenger who carried the news to … Roosevelt, [Felix] Frankfurter, Eden and so on. This is then linked to the ‘anti-Polish’ charge in which Lanzmann is accused of not wanting to show a Pole telling the free world about the Holocaust. In a recent interview, Lanzmann says that the Karski Report shows this criticism to be absurd. (private communication with Wojtek Rappak, 12 June 2011) 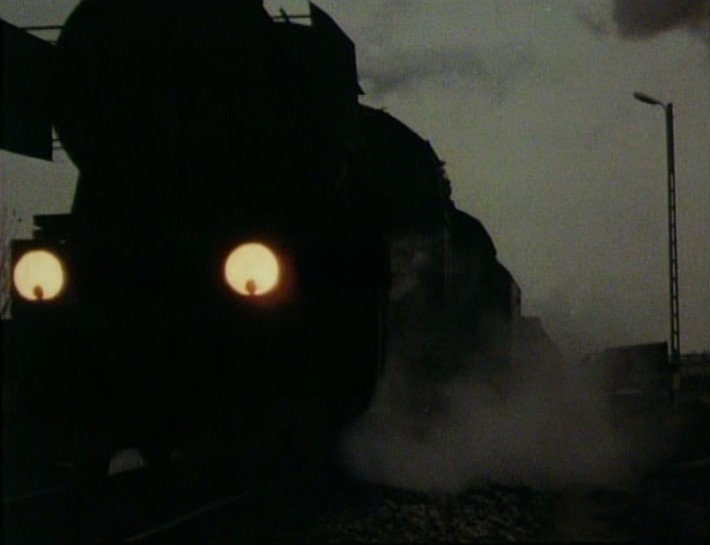 Vice cites the Haenel novel (p. 57) but did not, apparently, compare its third section to the second day of the Karski interview, which was not included in Shoah. She therefore gives Haenel’s Roman more ‘historical’ respect than it merits. At a University College London screening (19 June 2011), Lanzmann argued that his main objection to the novel was its ‘imagined’ segment, which Lanzmann thinks was intended to be seen as historically consistent with Karski’s version of events, as well as Lanzmann’s interpretation. In this instance Lanzmann’s ire is well founded. The conflict probably was still brewing while Vice was preparing the book. According to Rappak, ‘a major biography of Karski was published’ recently in Poland by Andrzej Zbikowki, which will probably bring even more attention to Karski’s role in Shoah.

... it reveals the significant, persistent gap between ‘film studies’ and ‘history.’

Of course none of us can predict the afterlives of our subjects. Vice, however, provides a firm foundation for any discussion of the film. She is at her best in relating the making of Shoahitself and parsing its scenes. She is particularly taken by what she sees as Lanzmann capturing ‘the persistence of the past in the present.’ (p. 43) Yet neither Lanzmann nor Vice seem to fully appreciate the extent to which persons, things, and even landscapes, changed during the Holocaust. We know from the research of Robert Jan van Pelt – which has been adapted into an excellent Nova documentary, ‘Nazi Designers of Death’ (BBC-WGBH, 1995) – that Auschwitz, from an architectural-historical perspective, was altered dramatically – turning it from a supposedly penal camp to an increasingly lethal killing factory. The bottom line of history – how things change over time – is not one of the strengths of this book. Despite these reservations, this is a good and important text. Yet it reveals the significant, persistent gap between ‘film studies’ and ‘history.’

The film is available on DVD from Eureka - for further details, visit: http://eurekavideo.co.uk/moc/catalogue/shoah/

Professor Michael Berkowitz teaches in the department of Hebrew and Jewish Studies, University College London. His recent publications include The Crime of My Very Existence: Nazism and the Myth of Jewish Criminality (2007) and We Are Here: New Approaches to Jewish Displaced Persons in Postwar Germany (2009), co-edited by Avinoam J. Patt.