The British Film Institute continues its re-evaluation of the British documentary tradition with Visions of Change, an extensive collection of television films made during the 1950s and 1960s. Dr Ieuan Franklin, Lecturer in Film and Media Theory at Bournemouth University/Wiltshire College, looks at the first release in this collection, which focuses on the output of the BBC.

About the Author: Dr Ieuan Franklin is a Lecturer in Film and Media Theory at Bournemouth University/Wiltshire College. He was previously the Research Assistant on the AHRC-funded Channel 4 Television and British Film Culture project. His publications include ‘Think-Tape: The Aesthetics of Montage in the Post-War Television Documentary ‘, in J. Jacobs and S. Peacock (Eds.), Television Aesthetics and Style (Continuum 2013) and the recent collection Regional Aesthetics: Mapping UK Media Cultures, which he edited with Hugh Chignell and Kristin Skoog (Palgrave 2015).

This first volume of Visions of Change is the latest instalment in the BFI’s impressive project to make available and reassess the British documentary legacy, following on from Land of Promise (wartime and post-war documentaries) and Shadows of Progress (factual films from the 1950s to the 1970s). Whereas Shadows of Progress concentrated on sponsored documentary, Visions of Change turns attention towards the television documentary, and, in the case of this first volume, the BBC. After the war, the Griersonian tradition of publicly funded or sponsored documentary had withered away, and it was left to TV to pick up the mantle of social responsibility - arguably an essential part of the BBC’s role as a sort of ‘cultural health service’.

This box-set begins with John Read’s film portrait of the sculptor Henry Moore (tx. 30 April 1951), a milestone ‘artist at work’ film, in which Moore’s work is shown to be grounded in England’s rural landscape. Yet the film also briefly features the artist’s WW2 sketches of underground shelters during bombing raids, with Read’s narration invoking the viewer’s familiarity with the experience of war. The spectre of war returns within Denis Mitchell’s masterpiece Morning in the Streets (tx. 25 March 1959), here resplendent in a new digital transfer. This is true of all these documentaries, but the restoration of Mitchell’s film is particularly significant, as it has for so long been associated with a scratchy celluloid patina that has mirrored its neglect by histories of television and documentary. In recent years it has been utilized extensively (e.g. in Terence Davies’ Of Time and the City, 2008), but labelled merely as BBC archive footage without due credit to Mitchell. Although it is rare as a documentation of working-class life during the post-war period, it is the First World War that is recalled here, most notably in an incredibly moving scene in which an old woman listens to the Armistice Service on the radio. As she warms her hands at a tiny old-fashioned kitchen grate, her tape-recorded voice swells up on the soundtrack, drowning out the pompous radio commentary and directly relaying her memories of her husband being called up, and how she later heard that he had been killed on 12 March 1915, at The Battle of Neuve Chapelle. 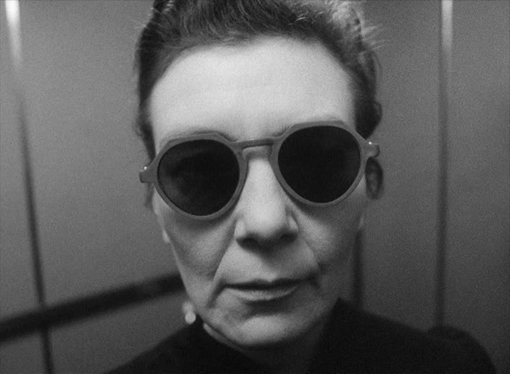 'Pop Goes The Easel' from the Monitor series (Image: BBC/BFI)

Also included is Mitchell’s earlier Night in the City (tx. 14 June 1957), a vivid series of vignettes about ‘people caught up in the restlessness and loneliness of the city night’. Both films were adapted from equally masterful radio features, and both illustrate Mitchell’s vision of the proletarian city not so much as a place of huddled masses awaiting the beneficence of social reformers (as in the Griersonian documentary), but as a theatre in which housewives, tramps and ragged-trousered philosophers alike are given the chance to opine. Mitchell’s first love was the theatre; his second was radio, which led him to discover real-life ‘characters’ as remarkable as the creations of any playwright. By the time he ventured into television he was the tribune of eccentric self-determination.

Interestingly, it was thanks to the advocacy and mentorship of Denis Mitchell at the end of the fifties that Dennis Potter, then a twenty-five-year-old year old BBC trainee, was commissioned to make Between Two Rivers. An autobiographical documentary about growing up in – and being uprooted from - the close-knit community of the Forest of Dean, Between Two Rivers (tx. 3 June 1960) has been described by W. Stephen Gilbert as ‘an iconography of a Forest of Dean childhood, lovingly displayed, then scorned, then re-embraced (from The Life and Work of Denis Potter, 2002). As such it is an evocation of the disorientation of the scholarship boy caught between two worlds, with Potter echoing Richard Hoggart’s The Use of Literacy (first published in 1957) by denouncing the synthetic ‘admass’ culture which he felt was corrupting and replacing working-class culture. 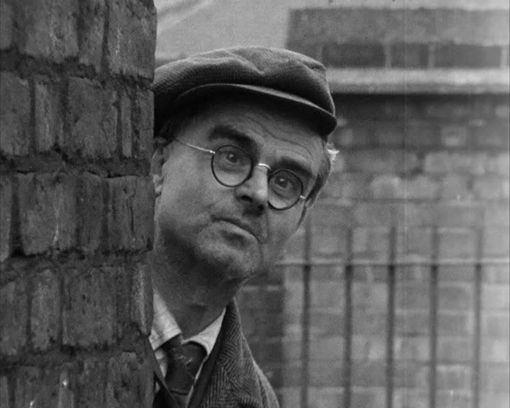 'Morning in the Streets' (Image: BBC/BFI)

Another documentary pioneer who had made the journey from radio to television during this period was Philip Donnellan, who is also represented here by two films. The Colony (tx. 16 June 1964) captured – through their own testimony - what life was like for West Indians living in Birmingham, at a time when the presence of immigrants was persistently perceived and referred to as a ‘problem’ in politics and the media (for more on this see the recent Channel 4 documentary Britain’s Racist Election). One of the resounding moments in this remarkable film is Stan Crooke, a railway signalman from Saint Kitts, talking about the complexities of his relationships with his colleagues whilst calmly going about his work pulling levers and changing switches — as if to reinforce the point that the subjects of the new documentary era are not just working people but working people with expressive competences hitherto untapped by broadcasters. Likewise Donnellan’s first film, Joe the Chainsmith (tx. 7 November 1958) benefits enormously from the charisma of the titular Joe Mallen, a dog-breeder and foreman of a team which forged heavy iron chains in the small Black Country town of Cradley Heath. Joe emerges onto the screen larger than life and as a sort of miraculous survival from an earlier era — as yet untouched by ‘admass’.

A traditional industry of a different kind that had developed in the Midlands was the subject of Dispute: Round One and Two - fifty-minute documentaries (tx. on 27 April and 4 May 1967) portraying two related disputes in a Coventry car-carrying firm, and the battles between management (personified by Mr Port) and the union (personified by Mr Lapworth) over redundancies. Perhaps it was in recognition of the complexities of industrial relations that the BBC deployed considerable resources by sending out three separate film units – helmed by Jack Gold, Ken Ashton and Paul Watson - to capture what was unfolding in Coventry. As the commentary takes pains to point out, nothing was staged or rehearsed in this early precursor of the ‘fly on the wall’ documentary. Eye on Research: Test Flight (tx. 12 May 1959) – devoted to the test flight of the supersonic aircraft Fairy Delta II - is both the sole representative of the science documentary and ostensibly the only programme to have been broadcast live. In fact, due to the technical difficulties of flight and the important of daylight, this documentary was shot in advance, early on the morning of the day of transmission, using a new portable Ampex video recorder. Nevertheless it retains all the sense of immediacy and urgency of live transmission, anchored by the convivial Raymond Baxter. 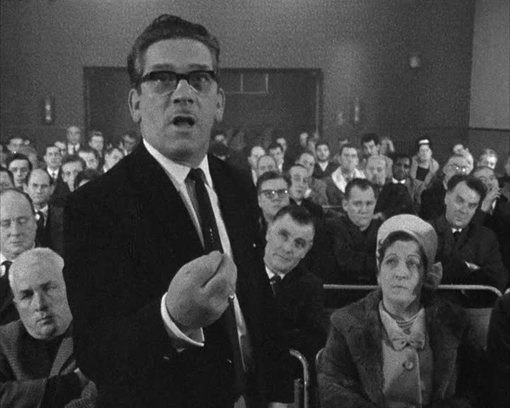 Finally, the more modish and visually dynamic ‘end’ of the documentary spectrum is represented through two films by directors who went on to illustrious feature film careers – John Schlesinger and Ken Russell. Schlesinger’s Song of the Valley, a short for the BBC arts series Monitor (tx. 1 November 1957), is set to Dorothy Squire’s eponymous song and dramatizes the lyrics by intercutting between industrial Halifax and a handcuffed ex-con who is seemingly being escorted to prison by train. Perhaps the best-known documentary in this collection, Russell’s Pop Goes the Easel - also made for Monitor (tx. 25 March 1962) - is brilliant both as a document of Swinging London and as a televisual example of pop art.

I’d like to conclude by noting that, although it does not feature any contributions from (the admittedly few) women working as filmmakers at this time, the towering figure of the BBC’s Grace Wyndham Goldie (Bel Rowley in The Hour) looms large over Visions of Change. It was Wyndham Goldie who commissioned and championed the early work of Denis Mitchell and Philip Donnellan; who suggested to Dennis Potter that he spend time shadowing Mitchell during 1959; and who was pivotal in the launching the influential Monitor series.