About the reviewer: Simon Brown is Associate Professor of Film and Television at Kingston University. His main courses taught are 'British Cinema: Its Institutions: Genres and Authors; Investigating Cinema and Film' and 'Hollywood Cinema from Rocky to Rambo; Case Studies in World Cinema (including Chinese, Hong Kong and Korean Cinema)'. He is the screen editor for the International Journal of Scottish Theatre and Screen and has contributed to various publications, including his book Cecil Hepworth and the rise of the British film industry 1899-1911 (Exeter, UK: University of Exeter Press, 2016).

For years now Jonathan Murray has been one of the most important of the new generation of voices discussing the past, present and future of Scottish cinema, and this book is a welcome contribution to the debate. Murray’s approach to the topic is both broad and narrow. The book is arranged chronologically from the early 1990s to the present, which in the case of new Scottish cinema also provides a thematic structure, charting how the types of films produced and the political, economic and industrial contexts from which they emerged ebbed and flowed. Thus each chapter addresses a particular period of new Scottish cinema, looking at the state of Scottish film production, and the style of, and influences on, the films produced, before focussing upon several films from that period in a series of case studies. Taking, as it has to, the twin dynamos of Shallow Grave (1994) and Trainspotting (1996) as its focal point, the book begins with an analysis of the condition of Scottish cinema in the early 1990s and the seismic impact of Danny Boyle’s films, along with Michael Caton-Jones’ tartan epic Rob Roy (1995). Chapter two looks at how the promised success of these hits proved elusive in the second half of the 1990s, leading to a period of over-ambition and over extension in some areas but also landmark pieces like Orphans (1998) and Ratcatcher (1999). Chapter three considers the impact of the relationship between the Danish and Scottish film industries in the early 2000s, while the final two chapters look at images of race and ethnicity and micro-budget genre filmmaking respectively. 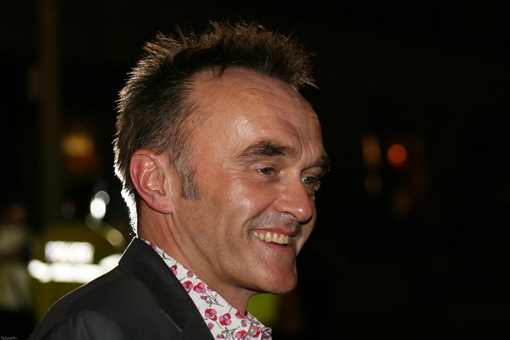 The organisation of the argument therefore offers two principal delights. The first is that it allows the reader to get a real sense of the cause and effect relations between industry, politics and expectations that have driven the Scottish film industry over the last 30 years. Secure in the belief that every film after 1996 could be a Trainspotting, Murray’s clear and insightful analysis shows exactly how funding models and cultural and economic ambitions led the Scottish film industry from boom to bust, and thence into Danish arms. The second delight is the range of film case studies on offer. Some are familiar (such as the aforementioned Rob Roy, Shallow Grave, Ratcatcher) but many are not. Murray offers for instance an excellent discussion of Peter Capaldi’s neglected Strictly Sinatra (2001), the Paul Laverty scripted Cargo (2006), and the fascinating-sounding werewolf film Wild Country (2005). One of the joys of this kind of book is coming across films you’ve missed, and it is to Murray’s credit that the book doesn’t focus merely on the usual suspects.

The only qualification I would make here about the structure is that the film analyses are very detailed, and while that’s a good thing, at times the discussions do seem to be quite insular and it is unclear how they relate to the broader themes of the book. The counter argument of course is that this in turn opens the book out to be about more than just Scottish film, making it valuable even to people who are interested more broadly in Scottish cinema as part of the UK cinematic landscape. For instance, readers interested in British horror and in representation of race and Otherness in British cinema will certainly find this book useful. Make no mistake, however, this is about Scottish cinema, and doesn’t mention English cinema or indeed the nebulous concept of ‘British’ cinema that much. But objectively Scottish cinema, its own beast of course, is also part of British cinema, and so this ought to be essential reading on any British film course.

Having made a case for its cosmopolitan appeal, at the end of the day the real value of the book is what it tells us about Scottish film. Anyone who has closely followed on-going academic debates about Scottish cinema in journals and conferences may find some of the contextual material familiar, but this is more than made up for by the detailed film analyses. If you aren’t familiar with the recent history of Scottish film, you can do no better than this lively, well-written, and accessible study, written by a leader in the field.