Undead Apocalypse: Vampires and Zombies in the 21st Century 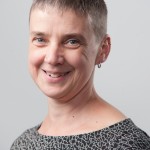 About the Reviewer: Dr Lorna Jowett is currently Reader in Television Studies at the University of Northampton, School of the Arts. She teaches Film and Screen Studies and Media Production within the School of the Arts and also contributes to the MA English (Contemporary Literature). Dr Jowett earned her PhD in American poetry at the University of Durham and has a BA in English Literature, also from the University of Durham. Her recent publications include Dancing With the Doctor: Dimensions of Gender in the Doctor Who Universe (London: I.B. Tauris, 2017) and she has contributed to publications such as Reading American Horror Story: Essays on the Television Franchise (Jefferson, North Carolina: McFarland & Company, 2017) and Joss Whedon: the Complete Companion (London: Titan Books, 2015).

As Stacey Abbott’s introduction notes, zombies and vampires are particularly popular at the moment, making this book a timely analysis. From phenomena like Twilight, to widely-watched TV series like The Walking Dead, to video game film tie-ins like Resident Evil, kids movies like Paranorman (2012), and lesser-known international examples - independent Canadian film Pontypool (2008), French television series Les Revenants - the undead are highly visible in twenty-first century fictions of all kinds. Abbott skilfully unpacks this popularity, examining the roots of both forms of the undead, as well as the way apparent differences between them mask many similarities. Rather than seeing it as vampires versus zombies, Abbott uncovers the many similarities between these undead icons, presenting a convincing case for them being closer than we think, and positioning both within the context of post-9/11 apocalyptic anxiety and fears of a global pandemic.

The book is thorough and knowledgeable, without being dry: pop culture, film, television, popular and young adult fiction, as well as comics and video games are all examined in an accessible, informative style. Lines of influence from the past are used to illuminate more recent versions, stories, and characters. Drawing on an expert knowledge of horror, gothic and fantasy as well as of film and television, historical and contemporary, the book is meticulously researched and authoritatively put together. By including lesser known gems such as UK miniseries In the Flesh alongside mainstream big-budget movies like World War Z (2013) and cult classics like Night of the Living Dead (1968), Abbott’s careful analysis is sure to introduce even undead aficionados to something new and juicy. The breadth of topic areas is also notably thorough, with television zombies and vampires treated with equal consideration as their cinematic counterparts, and Abbott’s expertise as a film and television scholar underpins her acute observations about spectacle, special effects, narrative structures, genre hybridity and transmedia properties. 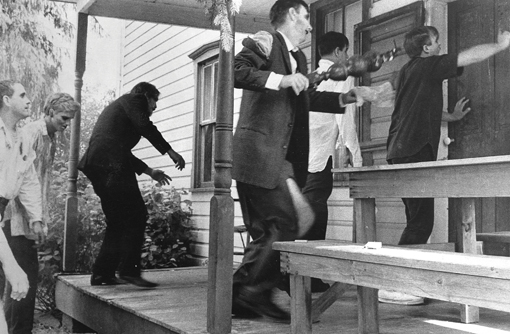 Rather than taking an entirely chronological approach, the book is organised into thematic chapters, though consistent analysis of development and evolution does provide a coherent ‘history’. Of particular note is the book’s starting point, Richard Matheson’s novel I Am Legend, a cult classic from a prolific writer, translated to film several times, yet somehow never quite acknowledged by scholars of horror, the gothic or all things vampire. Abbott positions I Am Legend as a seminal text, revealing its far-reaching influence on many contemporary versions of the vampire and zombie apocalypse. The next chapter moves on to examine how the vampire has frequently been presented in a scientific, rather than a gothic or supernatural context. Switching from one form of the undead to another, the following two chapters take an equally detailed look at the zombie, starting with its resurgence in the early 2000s and moving on to analyse the zombie television series, until now a critically neglected (with the exception of The Walking Dead) but vibrant and growing subgenre. Chapter 5 examines what Abbott calls the ‘hybrid hero’, picking up the influence of science again, and showing how undead cyborgs or hybrids play into the contemporary outsider protagonist, this time in a post-apocalyptic world. Such figures can encourage audiences to reimagine and celebrate difference in relation to social change. This exploration sets up the subsequent chapter, a particular highlight with a fascinating take on the shifting nature of the monster in the late twentieth and early twenty-first century, as monsters cease to be simply objects of horror and become subjects, telling their own stories. Abbott’s concept of I-vampire and I-zombie encompasses a range of genre hybrids from arthouse vampire movie Only Lovers Left Alive (2013), to zombie rom-coms and police procedurals, and the chapter skilfully demonstrates how point of view (I-vampire or I-zombie) enables new perspectives that help revitalise both horror icons. The concluding chapter comes full circle, analysing the exchange between the two undead icons and resulting contemporary iterations of vampire apocalypse.

While making a satisfying read from start to finish, the book is also open to those who prefer to dip in, or to read more selectively for texts or tropes. Written clearly, but avoiding excesses of academic obfuscation, it is likely to appeal to serious scholars of these enduring icons, and to fans of some of the many popular and cult texts referred to. One downside is the price: since the book is only available as hardback or e-book it is priced for libraries. However, EUP will publish a paperback version if demand is high enough—and it certainly deserves to be.