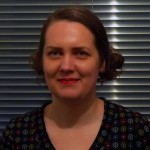 About the reviewer: Dr Birgitta Hosea is Head of Animation at the Royal College of Art in London. Prior to joining the RCA in 2015, Birgitta Hosea was Course Director of MA Character Animation and PhD Supervisor at Central Saint Martins, UAL. She has previously been artist-in-residence at the Department of Animation and Digital Arts, University of Southern California, Los Angeles; the Centre for Drawing, Wimbledon College of Art and Yarat, Baku, Azerbaijan. Hosea has exhibited in numerous international galleries and festivals – most recently the Venice Biennale. She has been awarded the Adobe Impact Award (2010), MAMA Award for Holographic Arts (2009) and Honorary fellowship of the Royal Society of the Arts (fRSA, 2004).

Fabulous Films has recently released a new high definition transfer of Ralph Bakshi’s fantasy animation Wizards (1977). Is the work of this animation director due for a critical re-examination by scholars? 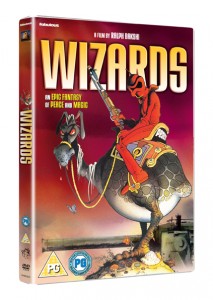 Bakshi is primarily known for feature length, x-rated adult animations such as Fritz the Cat (1972), Heavy Traffic (1973) and most controversially of all, Coonskin (aka Street Fight, 1975). Influenced by underground comics and created in the ‘Blaxploitation’ era, Bakshi claims that his intention in these films was to portray the multi-racial urban atmosphere that he was familiar with in New York and to address contemporary issues such as racism. Although Fritz the Cat was a commercial success, audiences of the time were not sympathetic to the later films and due to protests Paramount was forced to withdraw Coonskin from distribution. In these films, Bakshi offends everyone. The list includes extreme sexism, casual domestic violence, antagonistic depictions of organised religion, trans and homophobia, racist stereotypes of African, Italian and Jewish Americans, recreational drug taking – the list goes on. Yet, as in the early animations of the Fleischer brothers (such as Betty Boop), after the initial knee jerk reaction of offence, there is much to think about in these films. The characters do actually demonstrate cultural difference, disability and sexual diversity to a far greater extent than the majority of mainstream animation. Fiercely defensive of his intentions, in recent interviews, Bakshi has claimed that African American academics are now reappraising his work and that rappers such as Wu Tang Clan want to work with him.

During his earlier career, Bakshi had spent 15 years at Terrytoons working his way up from polishing animation cels to directing family friendly animation series such as Deputy Dawg and Spider-Man. With Wizards, states Bakshi in the accompanying documentary, Ralph Bakshi: The Wizard of Animation, he wanted to move on from controversy and prove that he could make family orientated films. In contrast to the orthodoxy of Hollywood and homogenised, stylistic suffocation of Disney, he wanted to produce a film for children in the fantasy genre with ‘real’ characters that reflected the era of Vietnam, the legacy of the Holocaust, civil rights protests and ethnic diversity. After this film, he used some of the same techniques in the animated cult classic, The Lord of the Rings (1978). 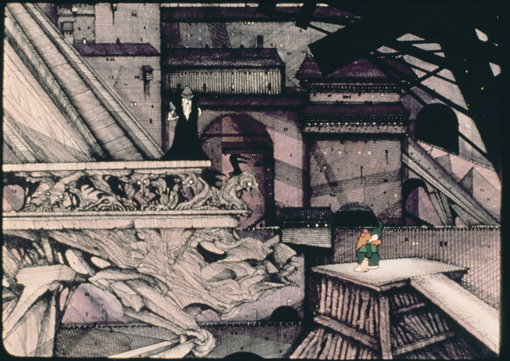 Wizards is set in a post-apocalyptic future in which all technology has been destroyed by atom bombs. In the land of Montagar, magic has re-emerged and fairies, elves and dwarves live in peace. Two boy wizards – Avatar and Blackwolf – are born to the Queen, but fall out badly in a dispute over who will rule the land. The evil Blackwolf, who delights in torturing small animals, retreats to the land of Scortch, where he amasses an army of goblins, ogres and mutants. Empowered by the re-discovery of technologies of war and Nazi propaganda, Blackwolf sets out to destroy the elf army. Can the good wizard Avatar save the day?

Made on an extremely low budget, Wizards uses a mixture of graphic illustrations with narration and quickly-made animation to save money. The mixture of techniques can be effective, for example when Second World War documentary footage is contrasted with cartoon animation. However, the battle scenes in which live action footage from old films is reprinted directly onto cel is too disparate in terms of style and you catch yourself spotting the scenes from Eisenstein’s Alexander Nevsky (1938), Zulu (1964) and El Cid (1961) that were used as source material. Trying too hard to try and please a family audience means the film lacks the edgy quality of the earlier films. The unlikely romance between the aging wizard, Avatar, and his young pupil, Elinore (whose top seems in a perpetual state of almost falling off) seems very dated.

Bakshi’s intention in 1977 to create a film for a family audience that tackles serious social and political issues, shows how little progress mainstream animation has made in this area. Some of the films he has made are thought provoking and powerful, but although worth watching in order to relate to his larger body of work, Wizards is not one of his masterpieces.