The story of Channel 4 is also the story of the unexpected relationship between neoliberalism and identity politics. In the 1980s, the channel was widely seen as a forum for cultural counter-attack against Margaret Thatcher’s free-market authoritarianism. Forty years on, things look very different. Could it be that the radical cultural politics of the era were actually a good fit for neoliberal capitalism, rather than its antithesis? 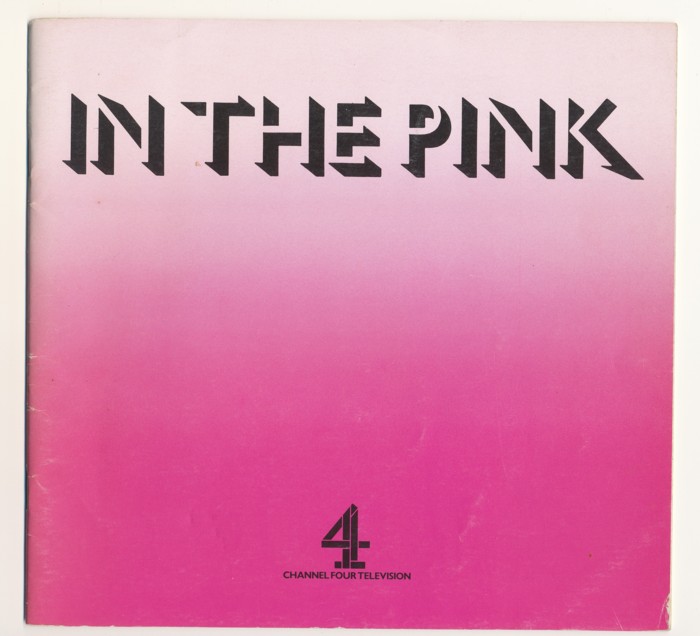 In the Pink, Channel 4

Critics, supporters and many of those working at the new channel interpreted its remit to address ‘tastes and interests not otherwise catered for’ in terms of giving voice to politicised identity groups. The task, in the words of contributors to the first scholarly volume devoted to the channel, was to provide for ‘those previously silenced or excluded by mainstream broadcasting’ (Harvey, 1982: 162); to draw in ‘previously excluded or alienated constituencies’ (Landry, 1982: 167). Clashes with the Conservative government that presided over Channel 4’s launch were inevitable. Programmes such as One in Five (1983), In the Pink (1986) and Out on Tuesday (1989) directly challenged the professed ‘Victorian values’ of a government that passed the anti-gay Section 28 legislation in 1988. And in the decade that saw major riots in Brixton, Handsworth, Toxteth, Broadwater Farm and elsewhere, Channel 4 offered a strikingly different perspective with programmes such as Black on Black (1982), Eastern Eye (1982) and The Bandung File (1985). 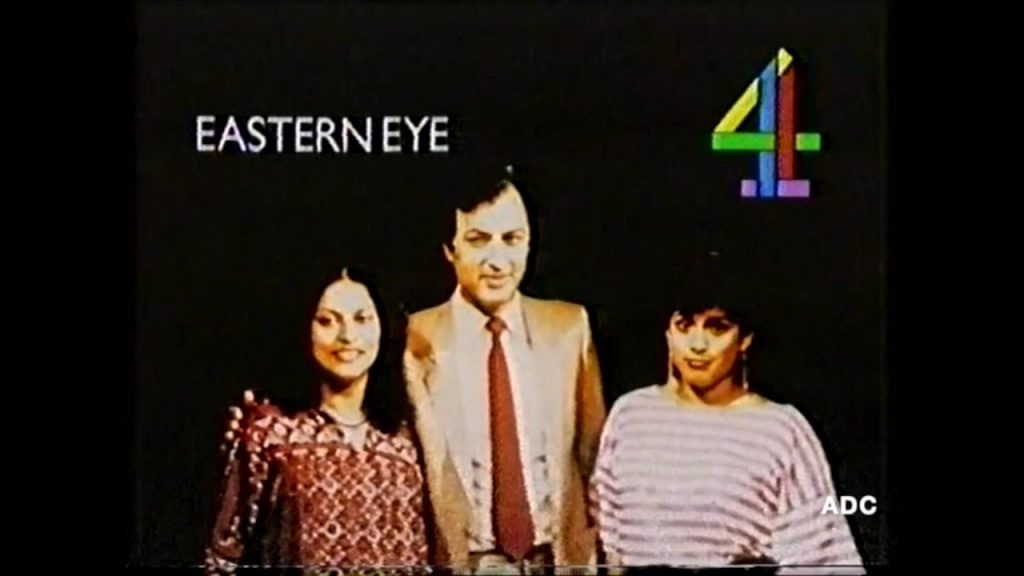 Today the political and cultural landscape has changed beyond recognition. The police have come out as supporters of LGBTQ+ rights. Businesses from Amazon to Xerox, Morgan Chase to McDonald’s, declare their support for the cause of Black Lives Matter. Even the CIA brands itself as ‘intersectional’. It is now conservatives who see themselves as the outsider culture-warriors. They take from the Left the idea that ‘politics is downstream from culture’ — on the grounds that since this is how their opponents gained the upper hand, a similar strategy could work for them.

Yet perhaps both culture and politics are downstream from economics. Although developments in broadcasting converged with the left-wing cultural politics of the 1980s, they also fitted with the Thatcherite emphasis on free enterprise and entrepreneurialism. Another innovative aspect of Channel 4 was its distinctive business model: it would operate like a publishing house, commissioning content from independent production companies rather than making its own programmes. While the Left invested its hopes in the new broadcaster’s ‘alternative’ content, for the Right the content was secondary to the way the channel’s structure embodied the ‘new entrepreneurship’ (Docherty et al., 1988: 49). As John Corner noted astutely at the time, the context for Channel 4’s new model of public-service broadcasting was a ‘shift towards privatisation … [and] “free market” ideologies in communications, with their attendant “philosophies” of consumer choice’ (Corner, 1982: 163–4).

There is of course a well-established declinist narrative about Channel 4, which laments its supposed fall from virtue in pursuit of commercial success. Yet while the channel’s later innovations in reality television, lifestyle programming and voyeuristic body-shock documentaries could certainly be seen as serving an atomistic and inward-focussed neoliberal subjectivity, that was not such a drastic departure from the earlier emphasis on an identitarian politics of the self. The ‘philosophy of consumer choice’ that influenced changes in the media also rapidly reshaped how radical politics was understood in the 1980s. In the pages of Marxism Today, for example, Stuart Hall enthused that ‘the diversification of the different social worlds in which men and women can operate’ would ‘allow the individual some space in which to reassert a measure of choice and control over everyday life and to “play” with its more expressive dimensions’ (Hall, 1988a: 28). Impressed by the market’s ‘greater flexibility, flow of information and maximization of choice’, as compared with the sclerotic traditions of state socialism, Hall hoped to ‘reconstruct the idea of “choice” in relation to such themes as the growing diversity of society, the widening of access, the empowerment of ordinary people through their “right to choose”’ (Hall, 1988b: 278–9). In the Left version of neoliberalism, consumer sovereignty was interpreted as the freedom to choose lifestyles and identities.

The embrace of the market and consumer choice could be presented as a radical move because it was premised on the deconstruction of previous ideological unities. For critics, the ‘central issue’ that the new channel had to address was: ‘Who are the “British” in British Broadcasting? Does “British” effectively mean English … does it mean white … does it mean male …?’ (Blanchard and Morley, 1982: 2). Yet in 1982 it was already many decades since the purpose of broadcasting had been understood as addressing a supposedly unified national audience. The BBC had tacitly abandoned the Reithian conception of the nation in the 1940s, diversifying its output to reach different audiences, and had explicitly interpreted public service in terms of catering for minority tastes with the introduction of BBC2 in 1964. In the 1980s, there were no doubt many benefits in shaking up the BBC–ITV duopoly — not least for the generation of media professionals who made their careers in a flourishing independent production sector — but a degree of wishful thinking was needed to see this as a radical political initiative.

The political meaning of Channel 4’s of ‘minoritarian zeal’ (Docherty et al., 1988: 120) is better understood alongside the ending of the social-democratic post-war consensus. The hopes invested in broadcasting’s further market segmentation derived from the Left’s repudiation of its former universalist commitments. Hall, for example, declared that ‘Socialist Man, with one mind, one set of interests, one project, is dead. And good riddance’. In place of that ‘single, singular subject’ would be a plurality of ‘new social movements, and new social subjects and political identities’ (Hall, 1988b: 169, 8). This was just the political orientation that the new channel was seen to embody.

In retrospect, however, it is clear that neoliberalism adopted the value of diversity as its own. This is not to say that the political and cultural conflicts over questions of identity were not real — they were, and continue to be 40 years later. But identity politics not only offered a ‘progressive’ version of consumer sovereignty, it has also been useful for capitalism as a disciplinary mechanism. It is striking that the 1980s were the era of an ‘equal opportunities revolution’ enacted by a Conservative government: the ‘greatest take-up and expansion of such policies took place while Thatcher was in office, between 1979 and 1990’ (Heartfield, 2017: 242). As historian James Heartfield comments in his study of the period: ‘Looking back … what stands out is that the top-down anti-discrimination measures reveal themselves to be instruments of labour discipline, in the hands of the employers and the authorities, to dominate employees’ (Heartfield, 2017: 542). 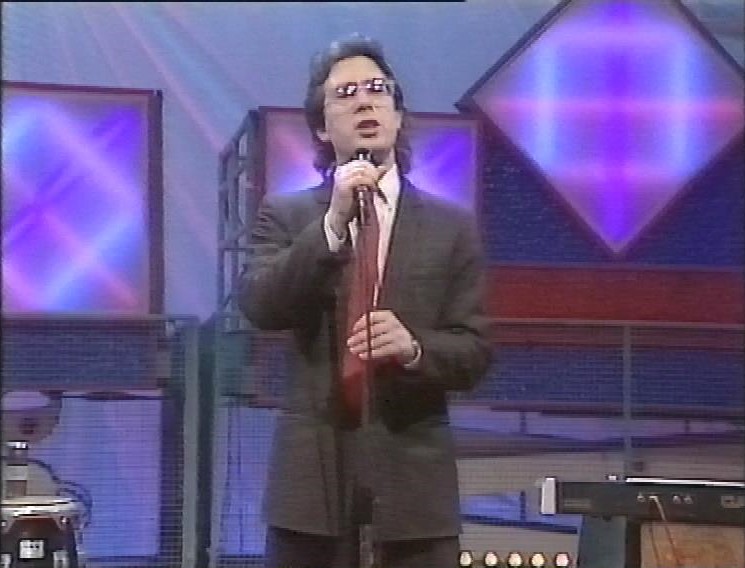 Britain in 2022 is in many ways much more broadminded and accepting than it was in 1982. Yet somehow, the emancipatory rationale of the politics of identity has led to a ‘sour-faced identitarian piety’. Ben Elton, who rose to fame in the 1980s with diatribes against ‘Mrs Thatch’ on Saturday Live, observed in a December 2021 interview that ‘in the extremes of the various identity groups — race, sexuality etc. — there’s an intolerance’. Issues of gender identity are the focus of a ‘culture of discrimination, silencing and fear’ in academia and elsewhere, while ‘corporations and self-help industries … march ever deeper into our psyches’, for example through ‘training their staff to “be less white” and “work through feelings of guilt, shame, and defensiveness”’. As identity politics has become mainstream, it has also become a means to chastise and control the majority.