A new study by Elizabeth Lebas, Senior Lecturer in the History of Art and Architecture at Middlesex University, explores Britain’s rich but neglected history of municipal filmmaking. We spoke with the author about her research, now published as Forgotten Futures: British Municipal Cinema 1920-1980.

This interview first appeared in ViewFinder 84

Question: What is 'municipal cinema' and how did it develop in the UK?

Lebas: There are municipal films and there is municipal cinema. Municipal films were films made or sponsored by local authorities and were usually shown in collective municipal spaces such as town halls, parks, streets, housing estates, clinics, schools, and libraries and sometimes on the premises of voluntary organisations and even on special occasions, in local commercial cinemas. Municipal films were 16mm, usually silent and in black and white and not more than ten to fifteen minutes long. They had low production values but a long shelf life as they were shown over and over again to a public of local citizens. In the book I divide the kinds of films made or sponsored into three broad categories according to their purposes.

I’ve broadly defined municipal cinema as a significant aspect of alternative or social cinema. Local authorities were not allowed to compete with commercial cinema but then as now exercised significant control over its contents and conditions of exhibition. Some local authorities such as the London County Council and Glasgow Corporation also actively promoted educational cinema for children and adults and lobbied for a film quota on American films. 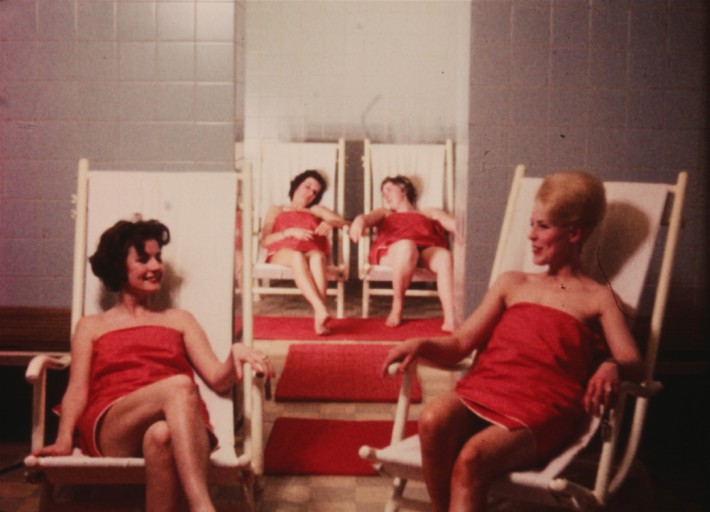 Q: What drew you to this project and what were the main obstacles you encountered in your research.

A: Not being a film historian but more of a social historian was helpful in thinking about the project which began more than two decades ago in the course of wondering how ordinary people who had just been granted the right to vote were persuaded to make use of the new and modern services and amenities that were being provided after the First World War.

There have been two kinds of obstacles in realising what is inevitably an on-going project. The first was that of access and availability. I had to find the films - and I did buried in local archives (sometimes unidentified and in cardboard boxes) or in the National Film Archives. Now film archives of all sorts are much more aware of the historical and cultural value of municipal films and many have been fully annotated and put online or are available for viewing on DVD by for example, Scottish Screen Archive and the Bristol Record Office which holds a remarkable collection. Municipal films are not categorised as such in film archives however.

It is now much easier to access films – and archives continue to receive newly found footage – but the second obstacle remains. My point of departure is the significance of municipal provenance rather than the images themselves (although these are surprising and sometimes extraordinary). How did the films get to be made and what purpose did they serve? To answer these kinds of questions one has to carefully examine municipal archives council minutes, reports, book and photographic collections, etc. and this is very time consuming. The book has two examples of municipal filmmaking and sponsorship, on the part of Bermondsey Borough Council and Glasgow Corporation and each took about three years to research on and off given other work to do.

There is no such thing as mere propaganda ...

Q: Some will view these kinds of films as mere propaganda - is this fair do you think?

A: There is no such thing as mere propaganda in the sense that propaganda is a term whose importance, political meanings and intents have varied greatly during the twentieth century. Today it tends to be associated negatively with an interfering state bureaucracy and with audiences as passive recipients of its messages, but besides being a questionable generalisation, it was not always the case. For example, in the 1920s Bermondsey Borough Council was very happy to have what it called a ‘Propaganda Department’ to co-ordinate its anti-tubercular campaign and did so with the active consent of its citizens. To assume that municipal films are merely propaganda films is in my view to ignore a visual legacy of social democracy and past civic life.

Q: What led to the demise of this kind of film?

A: A number of things led to the demise of municipal films. From the mid 1960s onwards, beginning with the reconfiguration of the London County Council into the Greater London Council, smaller municipalities like Bermondsey were merged into larger entities such as Southwark. This process continued with the Thatcher government when Glasgow Corporation was effectively dissolved and merged into Strathclyde Regional Council in the late 1970s. In short a whole tier of government and local civil society was abolished and reconfigured in part or in whole. This process had begun for local authorities in the post war period with the establishment of the National Health Service that took away municipal duties regarding the health of the public. One kind of film local authorities (which were not allowed to compete with commercial cinema) could make were those concerning public health. Finally, video replaced film and that implied a whole new and more personal and private way of making moving images and viewing them. By then national and regional television had taken over much of the educational and ‘propaganda’ role of local authorities.

A: It is difficult here not to overinvest in the significance of municipal films but to me they have great relevance for today’s current political discussions in understanding a past when there was a sense of the possibility of a collective future shared by many. A future that was local and based on a democratically elected institution.