I have been waiting 40 years for this book. I first came across Michael Curtiz’ name on Christmas Day 1979, on what would have been his 93rd birthday. It was in the pages of Clive Hirschhorn’s monumental studio history, The Warner Bros. Story. Time and again his name would be attached to the best of their product but I kept asking myself, how could it be that just one man directed so many great films? There were scary horrors like The Mystery Of The Wax Museum (1933), screwball comedies with Rosalind Russell, boxing films with Edward G. Robinson, tearjerkers with Kay Francis, musicals with Al Jolson and that utterly sublime mixture of ‘women’s picture’ and film noir that is Mildred Pierce (1945). How could the same sensibility handle all of these as well as launch the diverse careers of hardboiled underdog John Garfield, swashbuckling hero Errol Flynn and squeaky-clean chanteuse Doris Day? And all of this without mentioning that he won the Oscar for directing everybody’s favourite Hollywood movie, Casablanca (1942). Michael Curtiz really did direct all of these, and many more, in a career spanning 50 years and well over 160 feature films. In 2012 he was the subject of a documentary entitled, Michael Curtiz: The Greatest Director You Never Heard Of (it’s the source of the Spielberg quote above) but with so many great credits, why isn’t he better known today? 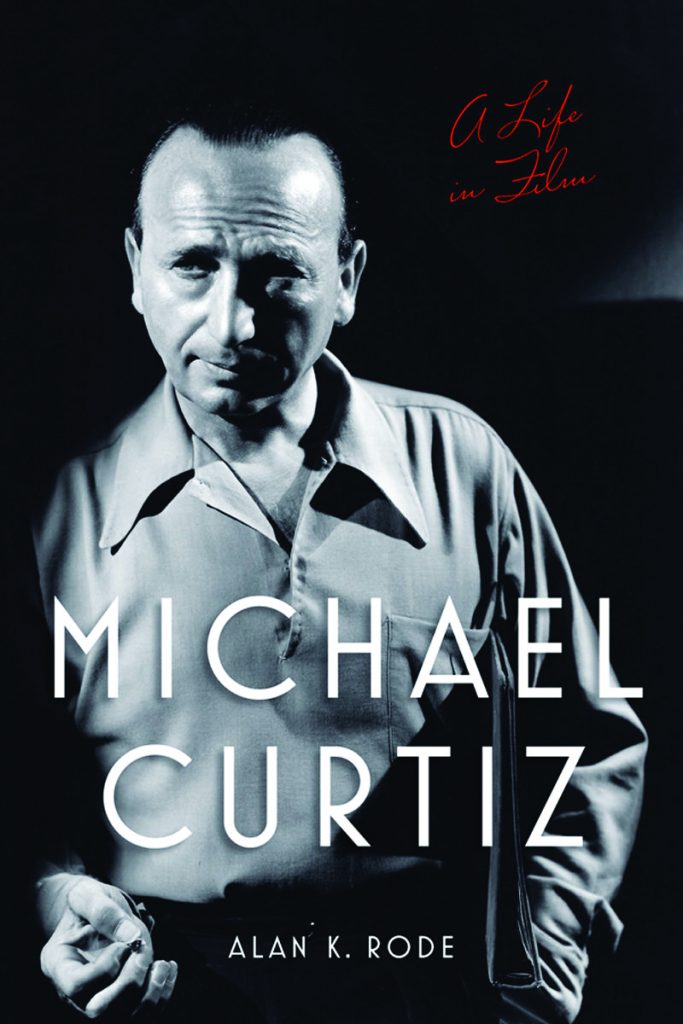 Cover of the book 'Michael Curtiz: A Life In Film' by Alan K Rode

In his heyday, Curtiz was in fact a high salaried and prominent Hollywood personality. Extraordinarily prolific and eclectic – perhaps too much so, to the detriment of his posterity – he crafted starring vehicles for such screen immortals as Lauren Bacall, Ingrid Bergman, Kirk Douglas, Cary Grant, Sophia Loren, Paul Newman and John Wayne, along with the roster of greats contracted to Warners such as James Cagney, Bette Davis, Humphrey Bogart, Olivia de Havilland, et al. Rode’s principal aims are to nail down the details in the life of the often-elusive Mr Curtiz and bring a measure of critical recognition and even respectability to one of the busiest and most commercially successful of directors from Hollywood’s so-called Golden Age (roughly the mid 1920s to the end of the 1950s). This is certainly a considerable challenge because, with the notable exceptions of the likes of Frank Capra, Cecil B. DeMille, John Ford, George Cukor, Howard Hawks, Alfred Hitchcock and William Wyler, most directors at that time worked under long-term studio contracts that gave them very little independence. During that time American cinema was dominated by a small number of vertically integrated companies that controlled the means of production and distribution. The major studios were MGM, Paramount, 20th Century Fox, RKO and Warner Bros, the latter being where Curtiz worked exclusively from 1926 to 1953. Their personnel worked under multi-year agreements that saw them moved from one project to another as required, with often little or no say in the matter.

The book’s dust jacket claims that this is the first biography of Curtiz but by my reckoning it is at least the seventh (Rode’s bibliography does include two of the previous ones written in English, James C. Robertson’s The Casablanca Man and Roy Kinnard and RJ Vitone’s The American Films of Michael Curtiz). Rode’s volume is 700 pages long and certainly the most detailed and extensive thus far – and right from the start it brings new and invaluable information to light. For decades it was said that he was born in 1888 as Mihaly Kertesz, but Rode has established that he was in fact born Emmanuel ‘Mano’ Kaminer to a poor Jewish family in Budapest on 25 December 1886. He had a good education and went into acting before realising his talents lay behind the scenes, his industry friends including the men later known as Bela Lugosi and Alexander Korda. Rode confirms a long-held rumour that in 1912 Curtiz directed Hungary’s first major feature film, and that he sired several illegitimate children. Curtiz’ turbulent sexual escapades are mostly sidelined in the book until after his death, when support and custody claims tied up his estate for several years. Other long-standing controversies are looked at in some detail, with mixed results. For instance, the book isn’t quite able to either confirm or deny the reports of fatalities on the set of Noah's Ark (1928) but second unit director B. Reeves Eason is positively identified, rather than Curtiz, as the one actually responsible for the death of several horses during the filming of The Charge Of The Light Brigade (1936). Rode is much less persuasive however in a protracted section devoted to the pro-Soviet Mission to Moscow (1943), a biopic of diplomat Joseph E. Davies that spends pages and pages doggedly detailing its historical untruths and biases. Self-evidently designed as a propaganda film made to prop up an ally (Russia under Stalin) during the Second World War, the book fails to convince that this film was significantly different in the airbrushed treatment of its subject than other Curtiz biopics of the era, like Yankee Doodle Dandy (1942), ostensibly but barely about George M. Cohan, and Night and Day (1946), an entirely fictionalised account of the life of Cole Porter. 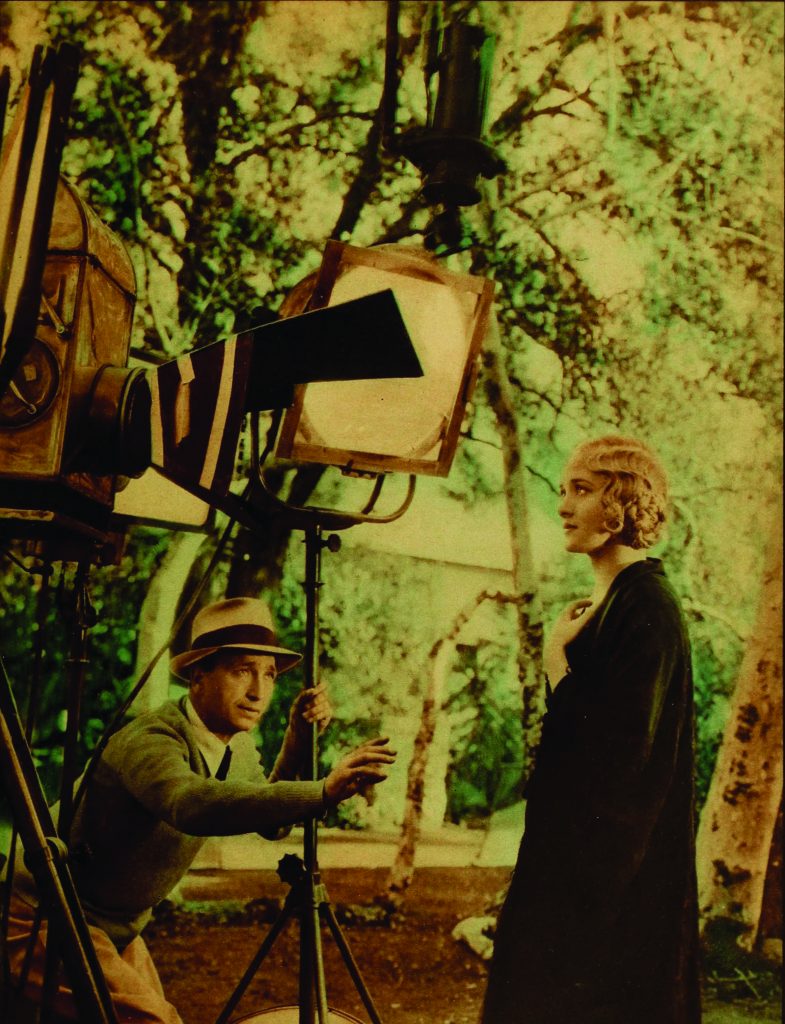 Michael Curtiz directing Marian Marsh in ALIAS THE DOCTOR, one of six of his films released in 1932 (Photoplay Magazine / Wikimedia Commons)

Famous for his fractured English (‘bring on the empty horses’ merely the most famous of his mal mots, thanks to David Niven’s use of it as the title of his second volume of memoirs), Curtiz was often accused of being a bully and uncaring towards junior production personnel. The book uncomfortably confirms this but does also find dozens of collaborators who found him warm and loving on the set and off. Curtiz was certainly beloved by the studio for his incredible energy and drive but this often antagonised his actors, who (along with the sound department) would frequently bear the brunt of the man’s impatience and frequent outbursts of bad temper.

The book is told in straightforward chronological fashion, which can make it a bit repetitive as we see Curtiz move relentlessly from one film to the next and then the next, invariably trying to ignore diktats from head office so he could make his films as artistically successful as possible, a bitter pill for Warners (always the most parsimonious of the big studios). On the other hand, this makes it even harder to not be awed by the director’s sheer professionalism in multiple genres. For example, in 1938 his releases included the romantic melodrama Four Daughters, a huge hit that marked the debut of John Garfield; the James Cagney gangster classic Angels with Dirty Faces, with its unforgettable death row climax; and the evergreen swashbuckler The Adventures of Robin Hood, one of the 12 films he made with Errol Flynn.

There are a few errors of fact along the way (Warner Oland was the fourth actor to play Charlie Chan and not the first, as claimed on page 78) but Rode rarely strays and presents a mountain of fascinating production detail. He also provides a little insight into some of the anxieties in the man’s life (such as his immigration status, which dogged him for a decade) and the impact on him of the changing nature of studio filmmaking in the 1950s, with the arrival of television. The resulting belt-tightening ultimately led to disputes over money and his departure from Warner Bros. after 27 years. The perils and the promise of this period of adjustment in Hollywood are neatly summed up by his first two outings after leaving Warner. Released within months of each other in 1954, The Egyptian, made in the unwieldy CinemaScope process for Fox, was Curtiz’ biggest flop, followed a few months later by his biggest hit, White Christmas, which launched Paramount’s rival widescreen system, VistaVision. His subsequent output remained as varied as always, his final 13 films, released between 1955 and the year before his death in 1962, including westerns, comedies, mysteries, costumes dramas, biopics, musicals, religious epics and even an operetta.

One suspects that the director, always obsessed with bringing realism and truth to the screen, might have admired the unsparing depiction of his decline in his final years as he was ravaged by cancer. And yet this reader prefers to fade out in 1958, when Curtiz was still on top of his game and saw the release of two very fine films that also reunited him with two notable collaborators from his Warners heyday: the western The Proud Rebel, his ninth feature starring Olivia de Havilland (relations however remained as tense as ever) and the crime drama King Creole, easily the best film Elvis Presley ever made, which was produced by Hal Wallis, the man sent to welcome Curtiz off the boat when he first arrived in America in 1926.

Following the publication of Rode’s welcome volume, which was several years in the writing, fans and academics can now pick up The Many Cinemas of Michael Curtiz, a collection of essays from the University of Texas Press. It seems that Curtiz may finally be receiving the recognition he deserves as a superb cinematic stylist who, despite a limited understanding of English, a splenetic temperament and a chaotic private life, directed many of the most entertaining movies from Hollywood’s Golden Age.

No mean feat that.

Sergio Angelini is the Head of Membership Services and Information at Learning on Screen.