With the demise of the terrestrial version of the South Bank Show (ITV, 1978 – 2010; Sky Arts, 2012 - ), the BBC’s flagship arts programme Arena survives as the oldest established arts documentary strand on public service television. Launched in October 1975 on BBC Two, the past 47 years have seen the series evolve, reinvent and inspire innovation in television programming. Documentary filmmaker and one of the early contributors to Arena strand, Mark Kidel (Arena: Art and Design, 1976) noted how Arena opened up what was possible on television, which until then depended on presenters emanating ‘radio with pictures’, and rarely used ‘the image as a visual medium’. Arena’s arts television predecessors Omnibus and Monitor paved the way with auteur treatments of art biographies; but it was Arena that did it with editorial consistency and never allowed itself to settle into a single generic pattern or fall into the pit of didactic approach to its topics. Arena did this, as Anthony Wall, the series’ long-standing producer explained, by deciding from the offset that it will follow no rules and no agenda. Instead, Alan Yentob, Nigel Finch and Anthony Wall who established the strand and often directed the programmes, aspired for an attitude, sometimes even bordering with a knowing self-indulgence as they aspired to ‘[almost] pointlessness […] a pleasing formal construct, but has no true referential meaning at all…. But [they] have a spectacular ability to create a mood’ (Wall, 2010).

Arena has a long, versatile, and rich history of creating a cultural experience which went beyond the narrow focus on visual art, music, literature or theatre. Its formal experimentation is followed by the breath of content; if there is anything that unites the cornucopia of over 600 programmes, it is that it challenges the preconception that arts programming is serious and elitist; in fact, its programmes offer an entry point into the ways in which the definition of culture has been opened up; away from cultural hierarchy and Reithian application of Matthew Arnold’s definition of culture as “the best which has been thought and said”. Instead, its opus aspired towards broad and complex understanding of Raymond Williams’s ‘ordinary’ culture that not only democratically navigates spaces between canonical and popular, lodging it, in both instances, into lived experience. It developed a new, interdisciplinary language much like its scholarly equivalent of cultural studies; and it has done this memorably, imaginatively, unpredictably, often with playful irreverence. Early programmes that are now a classic viewing included My Way (Anthony Wall, BBC1, 1979) which is an unabashed exploration of the impact, the reach and the institution of the celebrated pop song; Nigel Finch’s Chelsea Hotel (BBC2, 1981) as a unique space that provided a haven, inspiration for high profile artists, and his satirical Private Life of the Ford Cortina (BBC2, 1982); through these early examples alone, Arena alchemised the Reithian ethos, filming what was unobservable and producing unique accounts out of the ordinary. While doing this, the strand also offered space for high profile auteurism without compromising editorial consistency (e.g. Stop Making Sense, dir. Jonathan Demme, 1987; Johnny Mercer: The Dream is On Me, dir. Clint Eastwood, 2010; The Fifty Year Argument, dir. Martin Scorcese, 2014), but also, more recently, it has done this by reimagining itself through creative use of archive. Arena’s innovation didn’t stop there. What is lesser acknowledged is Arena’s impact on scheduling, as it pioneered conceptual clustering of programmes in its themed nights on BBC2 (e.g. ‘Caribbean Nights’ in 1986, ‘Animal Night’ in 1989 and ‘Nationality Night’ in 1995), a tactic that later on became staple for BBC Four and expanded into BBC Four’s staple Seasons.

Arena became an institution in its own right early on. In the mid 1990s, when the early iterations of digital television family UKTV were launched, it was even credited its own arts channel, UK Arena. Although short lived, UK Arena was a testament to its prolific, high quality output, which was no small feat considering that the early 1990s saw a profound ideological that endangered staple public service genres such as current affairs and arts television, classifying them as ‘market failure’. Draconian budget cuts shortly followed and arts programming alone declined by 52 per cent between 1992 and 2002 (Bergg, 2002:12). Primarily, this was affecting commercial public service broadcasters – but according to Ofcom, there were just 7 hours of original, peak-time arts and classical music output on ITV in 2014, 19 hours on Channel 4 and nothing at all on Channel 5 (1). The trend sadly continues as I write this; according to Ofcom Annual report in 2021, arts programming is now nearly extinct, ‘at-risk’ genre (2021:48). This is mirrored in Arena’s budget which has been steadily cut throughout 1990s; annually, the budget went down from 26 in 1994 to 5 hours in 2008. In 2010, for example, the strand was given the budget for only two hours of original programming a year. Production of new Arena programmes is dependent on co-production. For example, Arena’s critically acclaimed Searching for the Wrong-Eyed Jesus (dir. Andrew Douglas, BBC Four, 2006), a cultural exploration of American deep South anchored to the biography of the musician Jim White, was a three-way coproduction between the BBC, Anonymous Content, and the director’s own production company. And while the launch of BBC Four in 2002, the BBC’s channel for arts, culture and ideas provided a lot of extra space for broadcasting Arena programmes, this had no significant effect on its budget for origination. It may be because BBC Four itself, designed originally to provide a haven for arts was greeted as early as 2004 as the “equivalent of James Joyce’s Ulysses: well-known, achingly highbrow but little visited” (Broadcast magazine). The fate of Arena (alongside with other high-profile documentaries such as Storyville) became tied to their ‘long shelf life’, and reliant on the value of their rich archive. Arena was once again resourceful, innovating by curating seasons, or high-profile specials which included the celebration of Arena’s 30th birthday (Arena at 30, BBC Four, 2005), and more recent Night and Day special (BBC Four, 2015), a 24 hour celebration of Arena based entirely on archive footage of own programmes to mark its 40th birthday. 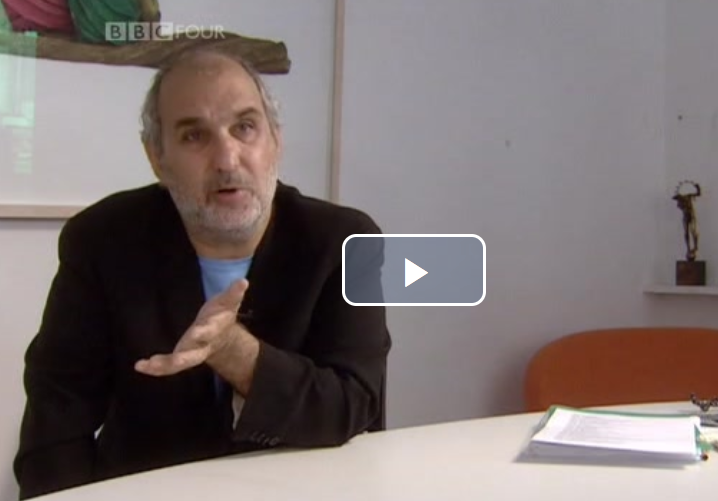 Indeed, television archive has become one of the main sites of Arena’s innovative and experimental output and maintenance of its editorial freedom. Besides Anthony Wall’s vision and ability to endlessly recombine Arena’s own oeuvre, which is provides over 600 hours of material, Arena relies on archive footage for its low budget programmes. Exodus ’77 (dir. Anthony Wall, BBC Two, 2007) looks at historical and cultural importance of Bob Marley’s exile in Britain in 1977 that informed the same titled album, and which turned Marley from a reggae star to a prophet. Much of the documentary uses the album tracks to sonically connect to news archive fragments from 1977. The archive footage is deliberately stripped of sound to allow for its recontextualisation in relation to Marley’s music, creating new audiovisual synthesis that point to Marley’s social and ethical resonance today. Similarly, Arena: Cool (dir. Anthony Wall, BBC Four, 2009), an ambient study is entirely built up out of rich and evocative layers of eclectic stock footage from the 1950s – from radio interviews, photographic archive and news footage that is seamlessly connected sonically. Vibraphone sounds, faintly and distantly reminiscent of the 1950s ‘cool’ jazz fades in and out, swirling around Wall’s sparse, yet unobtrusive voiceover, allow space to explore and mediate to the birth of cool and its place in social history, punctuated by archive footage of performances by jazz greats – from Chat Baker to Oscar Peterson, from Modern Jazz Quartet, the Dave Brubeck Quartet and so on. 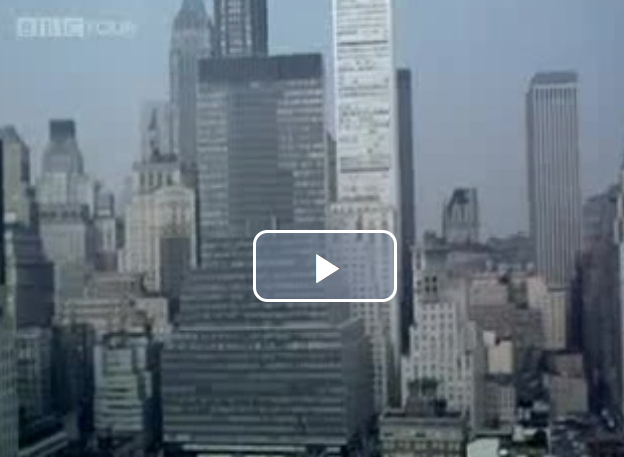 Arena’s undisputed legacy, evident through its vast oeuvre and editorial integrity is driven by its openness to thematic breath, collaborative range, and thematic flexibility. Arena’s irreverent, playful style can be easily comprehended in today’s hyper-ephemeral saturated world of social media and its reinvention through imaginative use of archive hopefully serves to resist the vestigial flicker that is the doom for arts television. It might be its well-developed muscle that captures the zeitgeist and anachronisms of today’s media. In fact, Anthony Wall sees this as “the great 21st century irony” that archive footage which is permanent record of time also serves to further enhance ephemeral nature of television:

You can shoot your own archive. You can play around with it. Or you could, indeed, shoot things so it is not just pure archive like Cool was, you can have other things in it like Exodus did. But the use of the archive, whether it is total or substantial, or even incidental… the proposition is that it is within the creative process the same way that shooting is. So it is not there to illustrate, it is there to be the thing, it is the thing itself (Wall, interview, 21 July 2011).

Dr Vana Goblot is a lecturer at Goldsmiths, University of London, Department of Media, Communications and Cultural Studies. She has examined issues of television quality, cultural value and television archive in the digital, multiplatform age.