Jill Craigie (1911-1999) was a British filmmaker who wrote, produced and directed a number of films between the 1940s and late 1950s. Craigie secured a foothold in the British film establishment and was able to make innovative films that criticised the mores of British culture. Rooted in a socialist tradition that emphasised education and widening the accessibility of art and culture, Craigie was also a committed feminist working on a number of projects related to the suffrage movement over the course of her life.

Within British film history, Craigie is known for her work as a documentarist, films in this mode including Out of Chaos (1944), The Way We Live (1946) and To Be a Woman (1951). She wrote and directed one feature film, Blue Scar (1949), a realist drama set in a Welsh mining village. That film built on her earlier documentary work, employing a participatory mode of filmmaking. In 1950 she was she first woman to be elected to the management council of the British Film Academy (now BAFTA), a role she played for three years. As screenwriter she wrote two successful films directed by BFA colleague Ronald Neame, the Mark Twain adaptation Million Pound Note (1954) and Windom’s Way (1957). In response to constrained opportunities to direct and frustration at the conservatism of the industry, Craigie moved out of the film industry in the late 1950s. She nonetheless remained a public figure who worked in radio, television and journalism as well as being an advocate for feminism, socialism and women's history. Craigie returned to filmmaking in her 80s, writing and directing a documentary, Two Hours From London (1995) in response to events in Yugoslavia.

This capsule biography points to a fascinating body of work and a career characterised by both adaptability and energy. As US scholar Shelley Stamp has noted, despite the extensive work undertaken by feminist historians, too often women are either omitted from standard accounts of film history, relegated to footnotes or featured in text boxes as special cases that don’t really require any change to or reflection on standard histories with which we are already familiar. The case of Jill Craigie suggests that these processes are also at work in histories of British cinema. Jill Craigie is not invisible within British film history; her presence in the industry is noted and the position of films such as The Way We Live (1946) are referred to in relation to the culture of the Rank organisation, for example. Yet such references are typically made in passing, sometimes with an expression of regret at potential unfulfilled.

I’m currently part of a project, Jill Craigie: Film Pioneer, which is working to find out more about Jill Craigie and her work. Given the body of film work for which Craigie was responsible or in which she was involved – as screenwriter, director and producer – we regard her as an unjustly neglected figure in accounts of British cinema. Moreover, given her prominence as a feminist filmmaker and indeed as a public figure advancing ideas about equality through the post-war period, we argue that Craigie’s work warrants more detailed exploration than exists at present. 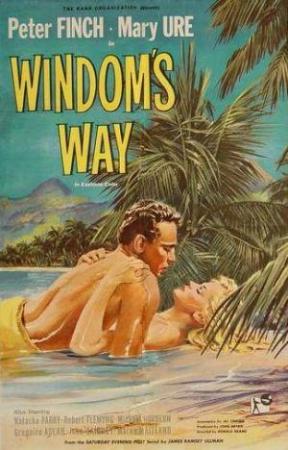 In part then, we’re motivated by an impulse to trace the political and filmmaking life of a woman whose media work consistently championed causes of social and gender equality in a period understood as overwhelmingly conservative. When I first saw To Be a Woman, Craigie’s campaigning film in support of equal pay, I was struck by its radicalism and wit. I was also surprised at how different this mode of filmmaking was to popular notions of 1950s Britain and indeed British film at that time. As we’ve been working on Craigie we’ve found that she had a more diverse career than is typically acknowledged in the brief references made to her in published histories. Craigie worked in radio, television and journalism as well as film, for example. She was also something of a media personality, appearing on panel shows to discuss subjects such as town planning (a topic of considerable concern in the post-war era), women’s issues and the history of the suffrage movement, a subject on which her expertise was considerable.

Why does women’s film history matter though, and what might we learn through the ‘recovery’ of such figures as Craigie?

Craigie’s life and media work offers some powerful lessons for current debates on diversity in the film and television industries. Despite the fact that she was often promoted in the late 1940s – and indeed at times wasn’t averse to promoting herself – as the only female director working in British cinema, Craigie was one of a number of women who carved careers at this time. We don’t want to downplay the difficulties or the sexism such women faced. Acknowledging the challenges faced by women filmmakers, and others marginalised by the cultural norms and exclusionary networks through which deals were done and careers developed, is an important part of film history. But it is important not only to know that such figures were working at this time, but to engage with their work and to reflect on successes as well as failures. Knowing that a politically radical woman like Craigie, intent on using film to ask questions about the sort of society we live in and the sort of society we might want, is both fascinating and inspiring. Lizzie Thynne, principal investigator of the Jill Craigie: Film Pioneer project is directing a film inspired by Craigie’s life and work. We’re also running events and writing about this history. Showing Craigie’s work, discussing it and reflecting on women’s film history are activities that help us tell a different story.