This article first appeared in ViewFinder 113

The excited anticipation generated in the world of film studies by the publication of a new book by Laura Mulvey is significant. Mulvey’s name is synonymous with the discipline of film studies, her canonical polemic ‘Visual Pleasure and Narrative Cinema’, published in Screen in 1975, one of its foundational texts. Every piece of feminist film theory returns to it, and her ideas of the male gaze, the woman as spectacle, the destruction of pleasure, and ‘to-be-looked-at-ness’, remain omnipresent. In Afterimages: On Cinema, Women and Changing Times, Mulvey revisits her influential essay, and also brings together a collection of essays which reflect her interests in cinema, women’s bodies, motherhood and new forms of moving image work, which have developed over the last forty years. It is a frank, personal, and critically adroit work, which reinvigorates many of the questions with which she was concerned and demonstrates how films – even those that have received the most critical attention - continue to challenge, reveal and provoke.

As a whole, the book focuses on the relationship between women and cinema in terms of mechanisation, language and time. Through these approaches, Mulvey revisits films and ideas about which she has previously written, and recasts her own perspectives in light of developments in her own thinking and that of film theories and philosophies as well as the work of other filmmakers. It is, as she proposes, ‘an afterword’ to her earlier work on woman as spectacle and psychoanalytic figurations of the mother. These themes remain, but Mulvey displays how her thinking has evolved – and in some cases revised – her earlier analyses. 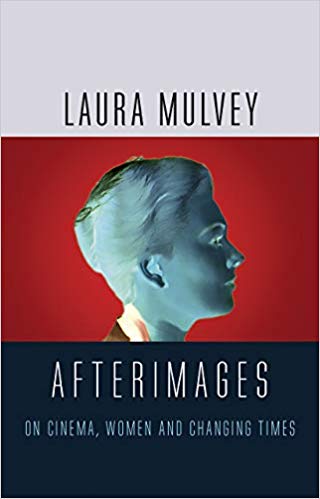 Cover jacket for After Images

The book’s first section consists of essays on some of the most famous women’s bodies in 1950s cinema as the studio system declined. Tantalisingly, the introduction is titled ‘Final Thoughts on Woman as Spectacle’: as if the author really wants this work to draw a line under her decades-long concern with this field. Returning to Ophuls’ Lola Montès, Mulvey sees it as a ‘transcendentally self-reflexive film’, commenting through form and aspect ratio upon the end of a Hollywood that has mercilessly commodified the female body as spectacle. Writing about Hitchcock’s Vertigo and Kim Novak as Madeleine/Judy, Mulvey reflects that she overlooked the film’s self-awareness when she first wrote about it in ‘Visual Pleasure and Narrative Cinema’. Looking at it again, ‘with an altered perspective’, she recognises that the film is ‘actually about the very Freudian concepts of voyeurism and fetishism that [she] was attempting to analyse’.

Mulvey has a wonderful way of identifying the significance of the star body in the films she writes about, and Novak is a prime example. Alluding to her ‘hallucinatory’ quality, Mulvey unpicks how the mechanics of her film performance contribute to the film’s investigation of the fetishised female body. Seeing the film in light of Edward Said’s thinking about lateness, Mulvey now sees Vertigo as a self-reflexive meditation on film spectatorship. Turning to the cinema’s most famous female body, that of Marilyn Monroe, again Mulvey now sees Monroe as far more indicative of the industry and the star system than simply a surface spectacle. Mulvey describes how Monroe’s ‘extraordinary photogénie’ sheds light on the screen body as a construct ‘the evokes the mechanics of cinema’. The insight here is into Monroe’s relationship to stillness and movement, the photograph and the moving image, and Mulvey sets up an allegorical relation between the decline of Hollywood and the demise of Monroe. The way in which Mulvey revisits these famous examples from her past work, (and she also looks again at Le Mépris and Bardot) invites us to re-think these films too, in ways that are still uniquely informed by Mulvey’s breadth and depth of critical and cinematic knowledge, but that also provide a shot in the arm for the relevance of the work. 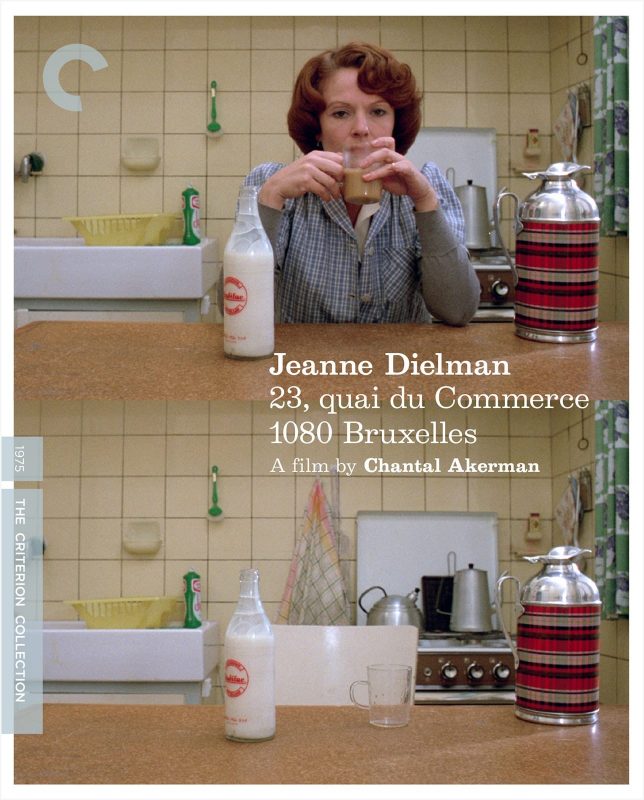 In the second section, Mulvey tackles time, through the ways in which five women filmmakers have produced women’s stories, about their histories, labours and silences. It is nothing short of joyous to read about the circumstances of Mulvey’s first viewing of Chantal Akerman’s Jeanne Dielman, 23 quai du Commerce, 1080 Bruxelles, at the Edinburgh Festival in 1975. Her evocation of this time in film studies, and feminism, and how the Women’s Liberation Movement led to the creation of actual material things, conveys the energy and urgency of that period and is a scintillating reminder of the times in which Mulvey first wrote. Writing about Julie Dash’s Daughters of the Dust, Mulvey argues for the role of the formal look of the film, including slow-motion, in conveying the space and time of African American women, ‘outside the linearity associated with the traditional conventions of film narrative and teleological history’. It is women’s silence that occupies the analysis of Rakhshan Bani-Etemad’s work, and the relation between the film and the material world in the work of Alina Marazzi. Women’s relationships, topologies and times are highlighted in their specificity and originality, and indeed in their fragility, in Clio Barnard’s The Arbor.

In the third section, Mulvey looks at new forms of art and moving images, surveying the clunky projector and unrealistic rear projection of cinema in light of contemporary work. Looking at the work of contemporary filmmakers and moving image artists who are turning to these elements of traditional cinema, Mulvey leads us through a new landscape of multiscreen works, grounded in the intellectual background and influence of 1970s film theory. Finishing with a look at the work of Mary Kelly, Post-Partum Document (1973-9), Mulvey draws together the conventional understanding of the Oedipus Complex with feminist politics in order to demonstrate how feminist critics of that work ‘established a terrain and a frame of reference for today’s feminist engagement with aesthetics, theory, art practice and beyond’.

In the appendix to this personal and thoughtful collection, Mulvey tackles ‘ten frequently asked questions on “Visual Pleasure and Narrative Cinema”’ – a set of responses that many will be craving to read. From the misogyny of Freud, to the absence of race, and the queer gaze, Mulvey concedes she ‘missed a lot of possible nuances in the argument’. She accepts that the ‘spectatorial straightjacket’ that she wrote about then is far less fixed now and her answers to the somewhat predictable challenges allow her voice to be heard on these issues in a timely and satisfying conclusion to this volume.

Afterimages is not a departure that will change the focus of film studies for the majority. It is, however, a valuable and unique set of responses and arguments by one of the discipline’s most eminent founding scholars, demonstrating the vivacity of her work and the texts she has worked on. Mulvey builds a pathway through the book which argues that the mechanics and modes of cinema and spectacle are intricately linked to the creation and conveying of women’s experience, and she goes back in time to do this in order to show the relevance of these moments and ideas to our critical thinking now, and ‘to contexts that reach beyond women’s oppression and exploitation’.

Afterimages: On Cinema, Women and Changing Times by Laura Mulvey is published by Reaktion Books, October 2019.

Lucy Bolton is Reader in Film Studies at Queen Mary Unviersity of London. She is the author of Film and Female Consciousness: Irigaray, Cinema and Thinking Women (Palgrave Macmillan 2011), and Contemporary Cinema and the Philosophy of Iris Murdoch (Edinburgh University Press 2019). She is the co-editor of Lasting Screen Stars: Images that Fade and Personas that Endure (Palgrave Macmillan 2015) and is on the editorial boards of Film-Philosophy, the Iris Murdoch Review, Open Screens and Celebrity Studies.