While one could perceive Zélie Asava’s monograph as a thorough sociocultural analysis of the mixed race figure in film history, this would minimise the importance of such work beyond critical readings of film. The book successfully argues the potential social change and importance of mixed film cinema as a progressive agent of the politics of difference. In contrast to multicultural dictums regarding the politics of racial equity and dignity that often flatten the lived experience of mixed race individuals, mixed race cinema or ‘mixed films’, go past the simplified approaches of colour-blindness with specific potencies – ‘to illuminate the injustices of white centrism, the plethora of trans identities, and the value of non white cultures’(169). Similar to the helpfulness of Donna Haraway’s concept of the cyborg to move beyond gender essentialist frameworks or Gloria Anzaldua’s new mestiza that contests borderlands and thrives beyond binary identifications, the specificity of the mixed race character disrupts historical judgements on racial inferiority. In other words, the mixed race figure is well situated to destabilise transnational institutionalised racialised representations and subjectivities. Throughout the book, Zélie Asava conveys the cultural importance of such critical investigations of film texts, supported by analyses informed key scholars in race, gender, and political issues.

Mixed Race Cinemas: Multiracial Dynamic in America and France is timely in its relevance, both filmically and in its relation to contemporary politics. The 2016 Academy Awards and Golden Globe awards praised films with multiracial/interracial representations: in the United States Loving (Nichols) and A United Kingdom (Asante) and in France Divines (Beyamina) and Bienvenue a Marly-Gormont/The African Doctor (Rimbaldi). Prior to the ceremonies, the well covered #OscarsSoWhite discussion forced a discussion of the lack of representation and employment for the marginalised within several areas of the industry. While the international film industry remains to be dominated by white males unconcerned or unwillingly to approach the realities of the minoritised, the deeply problematic turns in current events towards racialised policies and xenophobic attacks upon citizens of both the US and France. Therefore, it is central that the films within the book do not exist within a vacuum. It creates openings into the social fabric for further questions. The book skillfully and fluidly addresses lived realities of the multiracial through examination of Hollywood classics and contemporary film. 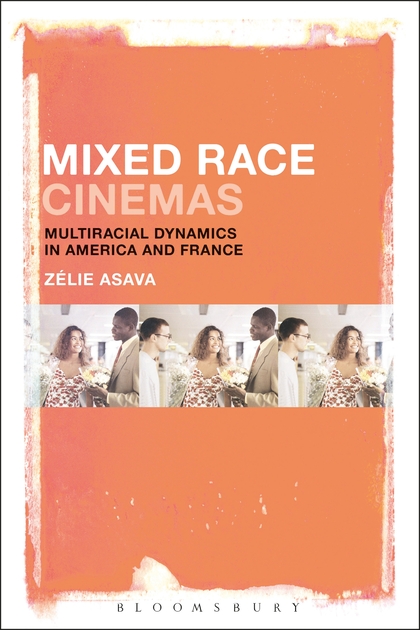 It is thoughtfully structured for the reader. The introduction displays a commitment to laying a foundation of critical race and postcolonial theory much needed for the review of the previously unexamined mixed race representations in film. By explaining the differing racial ideologies between the USA and France, one is able to look more closely to the (un)intentional national commentary within the films. By examining the history and reiterations of roles such as ‘the tragic mulatta’ and reviewing the cinema’s historical and strategic use of blackface, one is able to see how the film industry reflected and continued to promote the contemporary social values of racial supremacy to its benefit. This does not foreclose the potency of mixed race cinema. Rather the power of the medium allows for the mixed race figure in film to contest and rupture the previously unchallenged stereotypes, shifting for more nuanced and layered understandings of transnational cultures, enabling productive examination of the interstices of gender, race, nation and class. While Zélie Asava examines the positionality of mixed race cinema within United States and France, it is not difficult to see how this work serves our globalised society where transnational multiracial discussion is already occurring.

Or perhaps more succinctly, in Zélie Asava’s words, ‘In an ever more globalised space, with ever fewer absolutes, mixed characters thus serve an important semiotic role’. This book provides useful frameworks for seeing the complexity of shared multiple subjectivities and borders in contemporary society.