About the Reviewer: Patrick O’Neill has been teaching film studies at Kingston University, London, since 2005 and has also taught at Roehampton University. He is a PhD candidate and his research concerns American teen films of the 1980s. Other interests include Hollywood genre cinema, contemporary British film and quality American US TV.

The eminent film journalist and historian David Thomson authors and edits this one-off volume on the critically acclaimed and award winning US TV drama, Breaking Bad, which became a huge hit and gained a loyal fan base. Starring Bryan Cranston as Walter White, the affable, high school chemistry teacher and family man, who, on being diagnosed with terminal cancer, becomes a criminal mastermind and drug kingpin. He recruits his former student, Jesse Pinkman (Aaron Paul), and together they cook and sell crystal meth.

Thomson explores Breaking Bad using a wide-ranging approach and divides the book into seven chapters, focusing on its themes, characters, tone and generic make-up, and goes on to offer a close reading of the symbolic meaning of its mise-en-scène. His writing is analytical at times but never esoteric; the book will be a useful educational tool to students and scholars, and is accessible to a broader readership – fans will appreciate the author’s in-depth knowledge and passion for the show.

The introduction offers an overview of Breaking Bad and Thomson immediately outlines its comic but macabre tone, noting, ‘how funny it is. Especially when it’s sinister’ (p. 1). He discusses the theme of the classic American underdog with Walter White rising to the top of his illegal profession; his goal is to achieve the American dream and provide financial security for his family after his death – a morally comprising position which provides one of the show’s main thematic threads. 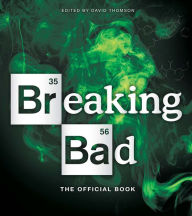 In Chapter Two, Elements Timeline, the characters and their narrative arcs are outlined. A section each is devoted to some of the main protagonists and antagonists. Walter’s wife, Skyler, who is initially shocked and outraged by her husband’s new job, but gradually becomes part of his criminal operation and his ‘Lady Macbeth’. The good guys and moral centre of the series being Skyler’s sister Marie and her husband, Hank Schrader, the DEA agent who eventually discovers his brother-in-law’s other profession. And of course, there’s Walter’s apprentice in the drug business, Jesse, a recovering addict who Thomson writes about in sympathetic terms as being initially ‘innocent’ (p. 33). Walt’s lawyer, Saul Goodman, ‘the sleazy ambulance-chasing lawyer’ (p. 50), who, nevertheless, gets many of the best comic lines. There’s Walt’s mentor turned nemesis, the ruthless Gus Fring, the ‘fried-chicken magnate/drug kingpin’ (p. 44). The key plot points are discussed, notably Walt’s rise to power in the drug business, the obstacles he has to overcome and the consequences of his actions on his family and other characters.

The next chapter continues with the plot and character development and Thomson skilfully merges this with the intertextual and generic qualities of Breaking Bad, citing the Western as an influence with its Deep South desert locations and outlaw culture, and the gangster genre with its crime narrative, resonating with The Godfather and its sequels …Walt’s journey echoes Michael Corleone’s rise to the head of family – from prodigal son to powerful capo di tutti capi’ (p. 76). This rich, cross-generic mix extends to the black comedic tone and Thomson notes that it reflects films like Fargo, and the action often becomes cartoonish and absurd in the vein of The Three Stooges, as the show's creator Vince Gilligan explains, ‘to prevent the dark subject matter from becoming monotonous or unbearably bleak’ (p. 71).

There’s a chapter which focuses on the uses of the numerous chemicals and devices as well as a quiz, which some may find unnecessary. But in the remaining chapters, Thomson draws on his skills as a film critic and deconstructs the visual and audio elements of Breaking Bad – its iconography, cinematography, camera language, costume, props, sound, music – and comments on their emblematic values and how they contribute to the plot, characterisation, generic elements and attitude of the show. For example, he points out that the cinematography, ‘treats fans to a twisted vision of reality, getting them inside the perspective of Walt and Jesse’s disturbing journey into the dark world of drugs and crime’ (p. 143).

There are also exclusive interviews with the show's creator and producer Vince Gilligan and other members of the crew and the book is illustrated with many images which includes on-set stills, diagrams and art work. Thomson boldly asserts that ‘no American film of the twenty-first century has matched the achievement of Breaking Bad (p. 15), although other series from the so-called canon of quality American TV like The Wire or The Sopranos can lay claim to this accolade. Thomson certainly makes a strong, compelling argument that Breaking Bad rightly deserves all it plaudits, in this intelligent, colourful and always engaging book.