Reviewer: Prof Stephen M. Hart is the Professor of Latin American Film, Literature and Culture at University College London. In 2014, he was awarded the Leverhulme Trust to support a two-year Major Research Fellowship (1 October 2015 until 30 September 2017) conducting research on the life and work of the inaugural saint of the Americas, Santa Rosa de Lima (1586-1617).

Acting as a prequel to his canonic study, Cinema of Solitude: A Critical Study of Mexican Film, 1967-1983, published thirty-three years ago, Charles Ramírez Berg’s new book analyses what he calls ‘classical Mexican cinema’, defined as those films released in the 32 year period bookended by Fernando Fuentes’s El Prisionero 13 (1933) and Luis Buñuel’s Simón Del Desierto (1965). While the central focus is on that crucial period when Mexican cinema came into its own, Ramírez Berg also casts his net even further backwards in time, trawling through the visual culture created by Mexico’s most important printmaker, José Guadalupe Posada (1852-1923) as well as Mexico’s landmark silent film – Enrique Rosa’s El Automóvile Gris (1919) — showing how these works provided a fertile breeding ground for subsequent cinematic invention. Perhaps not surprisingly, Ramírez Berg initially surveys Mexico’s films of the 1930s-1960s through the lens offered by their convergence/divergence with regard to Hollywood’s paradigm, but his enquiry leads him into much deeper waters, allowing him to address more complex questions such as the filmmaker’s search for a new Mexican film language. 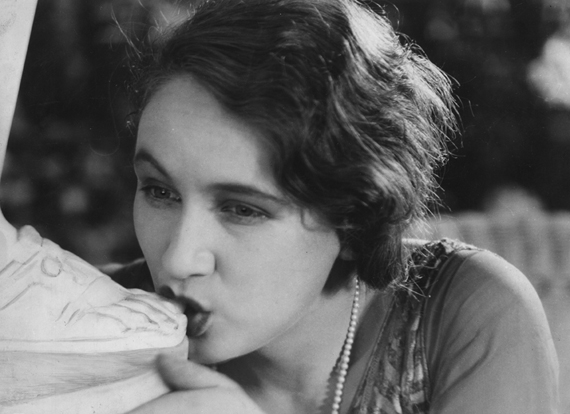 There is a lightness of touch here; rather than reading film sociologically, for example, as if it were an explanation of the cause of the Mexican Revolution – all too common in the field of Latin American Film Studies – Ramírez Berg reads film as film. El Automóvile Gris, for example, is analysed in terms of the balance it creates between French ‘tableau’ and U.S. continuity styles. There is discussion of the construction of a national syntax of cinematography in Eisenstein’s ¡Que Viva México! (1979), analysis of De Fuentes’s ‘moody German expressionist lighting’, and the use of the dual devices of frame-within-a-frame (not to be confused with mise en abyme) and diagonals in order to provide structure and propulsion in Vámonos Con Pancho Villa (1936). The discussion of the artistic effect created by low-angle shots, deep-focus composition and curvilinear perspective in Emilio ‘El Indio’ Fernández’s work is highly illuminating. The analysis of Luis Buñuel’s 21 Mexican films has separate sections on ‘Irrational Sparks’, ‘Brechtian Touches’, ‘Frames-within-the-Frame’, ‘Long Takes and the One-Take Scene’, and ‘From One-Shot to Two-Shot Scenes’; taken together these techniques recommend themselves as the very building-blocks of Buñuel’s personal film grammar. The argument proposed in this chapter that the happy conclusions of some of Buñuel’s films of this period – such as La Hija Del Engaño (1951), Susana (1951), Una Mujer Sin Amor (1952), El Río y La Muerte (1954) and Ensayo De Un Crimen (1955) – are engineered too rapidly to be taken seriously and are therefore ironic is, to my mind, convincing; as Ramírez Berg argues: ‘you can almost see Buñuel winking at viewers as “Fin” appears on the screen’.

The study concludes with the analysis of three hybrid works of this period, Juan Bustillo Oro’s Dos Monjes(1934), Adolfo Best Maugard’s La Mancha De Sangre (1937) and Julio Bracho’s Distinto Amanecer (1943). Of particular interest is the analysis of the scene in which a fichera dances in the nude in Best Maugard’s film, especially in terms of its double-exposure, which led to the film being banned on grounds of indecency. An excellent feature of this book is that the captions beneath the film stills double as commentaries on the cinematic effects sought in each case by the director. The conclusion draws some interesting parallels between the films released between 1933 and 1965 and some classics of the early twenty-first century such as Amores Perros (2000) and Y Tu Mamá También (2001). All in all, this is a closely-argued, highly illuminating study of Mexican cinema, brimming with original insights, and highly recommended.